You are here: Home » Articles filed under: 'News' » Article: 'Arts under Labor'

Deborah Stone, Arts under the next Labor government, ArtsHub, 25 June 2015 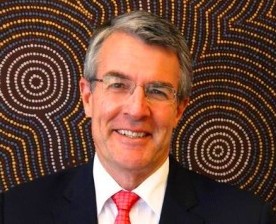 With Federal Government arts policy under Senate scrutiny, the Shadow Minister has outlined an alternative approach.

The Shadow Minister for the Arts Mark Dreyfus has recommitted Labor to the Creative Australia policy set by the Gillard Government and proposed some new ideas to support the arts.

Delivering the Fraser address in Canberra last night, Dreyfus said that Labor was currently revising its policy platform ahead of the Party’s conference, but that the draft platform includes clearly stated principles of the central role of arts and culture in modern Australian society.

He said Labor stands by the policies set out in Creative Australia, including the principles that arts and culture contribute to building a more creative and productive nation.

‘Cultural policy is not just about supporting the arts, it is about strengthening communities and developing our creative culture.

‘Arts and culture drive innovation across the nation and contribute to productivity.’

Dreyfus said the arts were a public good not a private market, but like other public goods such as health and education the Abbott Government is destroying them.

Dreyfus outlined a series of initiatives for a future Labor government and invited industry feedback on these suggestions. But he warned that the initiatives were ideas only and may or may not be included in the arts policy that Labor takes to the next election.