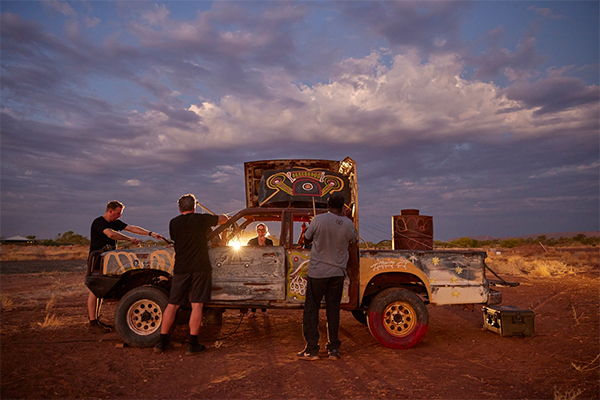 Playing the Warnarral Noorrngoorrool at night. A scene from the touring exhibition ‘The Journey Down’, presented by WA Museum and TURA New Music. Photo: Jess Wyld.

From pharaohs to femme fatales, and a whole lot more… Australian museums have some enticing exhibitions in 2023.

There are plenty of museum shows to spark interest this year, and many of them are well worth trips across the country to enjoy.

While visitors may notice certain zeitgeist-influenced threads between some of the major shows, there are also exquisite exhibitions that travel thousands of years back in time, or deep into little-known parts of the natural world.

ArtsHub has surveyed what’s in store and selected a shortlist of highlights to feel especially excited about.

Australian Museum, Sydney: Ramses the Great and the Gold of the Pharaohs, opens November.

This show is probably the biggest blockbuster of the year. After being forced to cancel its much anticipated 2021 blockbuster Tutankhamun: Treasures of the Golden Pharaoh for COVID-related reasons, the Australian Museum is no doubt relieved and excited to be part of what is arguably an even more significant touring show of 183 items from the Egyptian Museum in Cairo.

Ramses the Great and the Gold of the Pharaohs will feature the largest collection of Ramses II items to ever leave Egypt. Ramses II, also known as Ramses the Great or the Ramses Pharaoh, ruled Egypt 1279 – 1213 BC and is considered one of the most powerful, distinguished and longest lived figures in the Ancient Egyptian Empire (he lived until he was 90!).

There will be an amazing amount to learn from the ancient artefacts related to this enigmatic pharaoh in this remarkable blockbuster. Diarise this one immediately.

A co-commission between the Powerhouse and Creative New Zealand, this exhibition of work from Aotearoa New Zealand artist Yuki Kihara drew attention when it was first shown at the 2022 Venice Biennale.

Kihara, an interdisciplinary artist of Japanese and Samoan descent, has deconstructed and repurposed various works by European Expressionist Paul Gaugin – works which have, for many years, been celebrated for their supposedly idyllic visions of the Pacific. Kihara’s photographic tableaus, which feature a cast of 100 people in Samoa, critique these colonial visions and reflect on injuries inflicted by persistent societal structures. 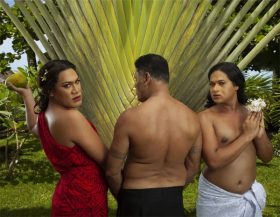 Australian National Maritime Museum, Sydney: Wharfies’ Mural, on now, showing throughout 2023 (and beyond).

This incredible piece of Australian history is now part of a general entry ticket to the Maritime Museum and is well worth investigating.

The Wharfies’ Mural is one of the Museum’s iconic treasures and was created by artist members of the Waterside Workers’ Federation (WWF) in 1950s Sydney. Initially made for the canteen walls of the workers’ headquarters in Darling Harbour, it soon inspired other artists to add to it and ended up as an epic wraparound banner that charts the history and politics around some of Australia’s most significant workers’ rights campaigns (from the 1850s onwards). It’s a little known fact that wharfie work provided much-needed income for many Sydney artists to continue their art. This mural is a stunning record of their style, influences and ideas. A definite must-see!

Nioge is a Papua New Guinean term for barkcloth – as named by the Ömie artists from the rainforested highlands of Papua New Guinea’s Northern (Oro) Province who continue the tradition of producing these distinctive designs using pigment from their local rainforest.

35 women artists are showcased in this exhibition which highlights an artistic style and process that dates back thousands of years. 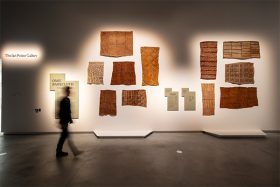 This contemporary show is about providing a space for the abundance of Aboriginal and Torres Strait Islander creatives from the Newcastle and Hunter region to share their diverse contemporary practices with local and visiting audiences. Described by the Museum as ‘a blank canvas for creatives to shift the mindset on what is usually misconceived as having to fit in traditional practices’, it will no doubt offer many interesting insights into the diversity of First Nations cultural practice over time.

National Museum of Australia, Canberra: Feared and Revered: Feminine Power through the Ages, on now until 27 August.

Almost on par with the Australian Museum’s Ramses blockbuster in scale, Feared and Revered draws together around 160 objects from as far back as 2800 BCE to explore female spiritual beings and ideas of feminine power across cultures.

Featuring some iconic pieces from the British Museum’s collection (such as a marble statue of Aphrodite, 100 – 150 CE and an Indian Kali icon, 400 – 600 CE), this epic survey casts an interesting light on ideas of femininity and societal gender structures throughout history. It is already attracting a lot of attention.

In a similar ode to representations of femininity over time, ACMI’s exhibition Goddess examines how certain female archetypes have been valued in screen culture and film. From the sartorial statements of Marlene Dietrich in the 1930s, to the ripped denim rebellion of Thelma and Louise in the early 1990s (and much more), Goddess is an intriguing look at how female icons have been shaped through Hollywood, Bollywood and beyond.

Also of note at ACMI this year is How I See It: Blak Art and Film (currently showing until 19 February) which ArtsHub reviewer Monique Grbec gave 5 stars. 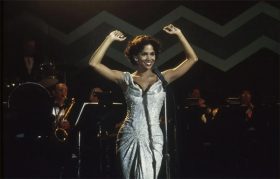 Melbourne Museum: Naadohbii: To Draw Water, on now until 26 March.

Naadohbii: To Draw Water is a Tri-Nations First Peoples exhibition on the theme of water, which takes its cue from the United Nations Declaration on the Rights of Indigenous Peoples in harnessing the power of art to spur social change.

A collaboration between Museums Victoria, Pātaka Art + Museum (Aotearoa New Zealand) and Winnipeg Art Gallery (Winnipeg, Canada), this large-scale show features over 20 artists from First Peoples nations across the globe and draws them together around environmental, political and cultural relationships to water.

Featuring 16 life-sized skeletons of some of the world’s largest dinosaurs from the continent of South America, this blockbuster will be a rare opportunity to experience the scale and wonder of these creatures from 230 million years ago. Described by Sir David Attenborough as ‘one of the most extraordinary finds in the history of palaeontology’, the Patagotitan Titanosaur (included in this show) stands as possibly the largest dinosaur skeleton yet discovered.

Museum of Brisbane: Play Moves, on now until 16 April.

Featured in ArtsHub’s 2023 visual arts summer exhibitions planner, this participatory exhibition breaks the boundaries of traditional gallery experiences with six different immersive and interactive projects designed so that audiences can step in, touch, move, weave, dance, build and embrace these art installations. Already hugely popular with families, it’s certainly a good one to add to your summer fun-list.

This is another epic dinosaur showcase, but this impressive show goes far beyond that most well-known extinction period and takes in four other mass extinctions that have so far occurred throughout Earth’s history. It also considers our effects on the planet during this current era (which it positions as the Earth’s sixth extinction phase).

From asteroid impacts to global warming and some of the top predators of each geological period, (including a life-size cast of the largest Tyrannosaurus rex), this is a wondrous and eye-opening journey through time and the present moment. Not-to-be-missed!

WA Museum Boola Bardip, Perth: The Journey Down, touring to WA regional locations from 19 May – 12 June, concluding at the WA Museum, Perth in late 2023.

Focused on Warnarral Ngoorrngoorrool (the Gija Indigenous word for ‘old car’), the project has resulted in the creation of a unique musical instrument/art object in which a dilapidated old car wreck has been transformed into a powerful cultural object shaped by sound and stories of cars, transport and Country from Gija and Miriwoong communities.

Traveling far and wide across regional and remote WA in 2023, The Journey Down celebrates a powerful long-term collaboration and an innovative vehicle for cultural knowledge and sharing. 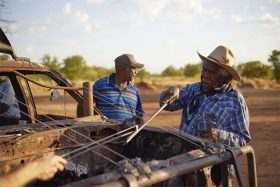 Surveying the work of luminary Australian artist Tracey Moffatt AO and her filmmaker collaborator Gary Hillberg, Montages presents eight montage films that reflect the artist’s signature experimentations with popular culture stereotypes, and themes of love, power and destruction. Montages was conceived by Artspace, Sydney and has been touring nationally since 2017 thanks to a partnership between Artspace, Museums and Galleries of NSW and the Australia Council of the Arts. 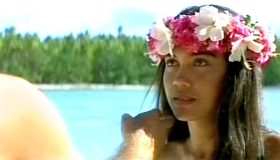 Also worth mentioning at MAGNT in 2023 is the Telstra NATSIAAs (opening in July). This annual exhibition of the National Aboriginal and Torres Strait Islander Art Awards is a particular high note on the cultural calendar and will include work from some of the nation’s most accomplished Indigenous artists.