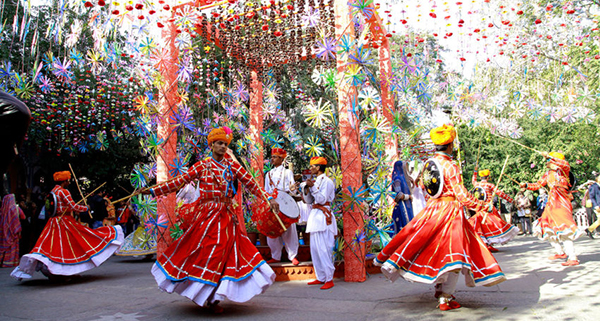 The OzAsia festival is a celebration of theatre, dance, music, visual arts, literature, film, food and cultural activities from across Asia.

The UNESCO Creative Cities Network (UCCN) was founded in 2004 to promote cooperation among cities that have identified creativity as a strategic factor for sustainable urban development.

It is made up of 180 cities working together with the aim of placing creativity and cultural industries at the heart of their development plans.

The Asia-Pacific Creative Cities Conference will be held from October 23-26, in the South Australian capital of Adelaide, and take place alongside the OzAsia Festival.

The Asia-Pacific Creative Cities Conference will host delegates, government officials, mayors, experts and creative practitioners from throughout the UCCN Asia-Pacific network to deepen regional collaboration and highlight cultural leadership in the region.

Adelaide joined the network as a UNESCO City of Music in 2015.

Other Australian UNESCO Creative Cities include Sydney City of Film, Melbourne City of Literature and Geelong City of Design.

“As a UNESCO City of Music, Adelaide is committed to growing and sharing its vibrant musical culture, developing partnerships and prioritising international collaboration with the members of the UNESCO Creative Cities Network,” Koehne said.

During the four-day event delegates will take part in panel and round table discussions, artistic showcases and study tours.

They will discuss topics including sustainable development, bilateral partnership, tourism and marketing strategies. There will also be panels honouring the UN international year of indigenous languages.

Adelaide Lord Mayor Sandy Verschoor said the conference would create pathways for artists to connect with other creative cities while delegates could collaborate in support of creative industries.