You are here: Home » Articles filed under: 'News' » Article: 'Asylum for Artefacts' 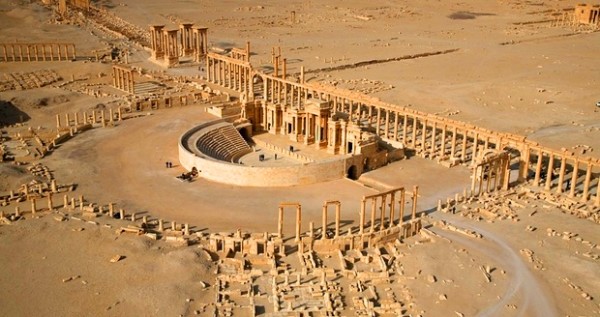 We’ve had an era of “cultural diplomacy”, when museums aspired to spread global goodwill. Now, as Isis continues to attack both humans and human heritage, it’s time for a more hard-headed approach – the defence of civilisation and its treasures. And France is leading the way.

Jean-Luc Martinez, the president of the Louvre, has drawn up a 50-point plan to protect cultural treasures around the world. He was asked to do so by President François Hollande and one of his key recommendations – that France offer “asylum” for artefacts under threat – is immediately being pushed through as law. France is right to recognise the central place of culture in the struggle against the societal poison of Isis.

This does not mean using culture to “convert” Isis – just defending artefacts from its depredations. The headline items in the plan include a new European database of stolen cultural property and a European Monitoring Centre to scrutinise the illicit art trade – Martinez thinks that around 20% of Isis funding may come from the cultural loot it sells abroad. He hopes his plan will be formally adopted at a national or European level, or perhaps by Unesco.

The plan also includes the creation of a special fund to preserve and reconstruct imperilled antiquities and a programme to train more archaeologists in Iraq and Syria. Khaled al-Asaad, the courageous protector of Palmyra who died at the hands of Isis, is also due to get a special memorial in the Tuileries Garden.