June 15th, 2015 | Browse other: News. | Tagged with: Atlas of Living Australia, Museum and Art Gallery of the Northern Territory | 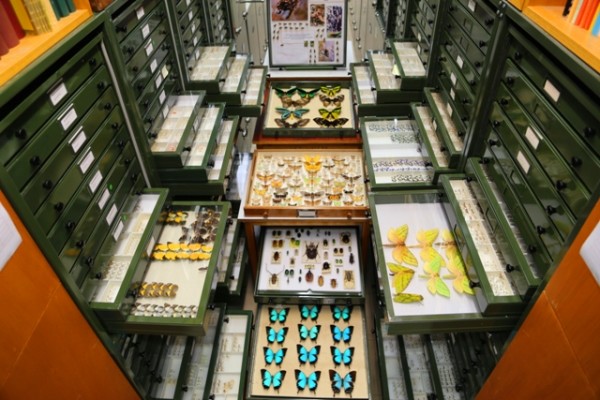 There are over 34 million biological specimens in Australia’s museums. To date about 20 per cent has been databased, and work continues to unlock the data associated with these invaluable collections. Copyright: Australian National Insect Collection.

Minky Faber, Over 10 million collections-based records on the Atlas, Atlas of Living Australia Blog, 8 May 2015

It was early in 2014 that the Atlas of Living Australia (ALA) announced that it had reached one billion downloads and now in 2015, the ALA is proud to announce another great achievement. Thanks to the dedicated work of the partnering natural history collections  which continue to digitise and share their collections with the Atlas, the total number of collections-based records on the ALA database has clicked over 10 million!

The specimens held by Australia’s natural history collections underpin our knowledge of Australia’s biodiversity. What sets collections-based records apart from other (mostly observational) records in the ALA is that they are all based on preserved specimens housed in museums and herbaria. These specimens provide a permanent record of the occurrence of a species at a particular place and time, and are the primary resource for research on the classification and distribution of Australian plants, animals and fungi.

Because the data is based on physical specimens that can be re-examined, the identification of suspect records can be checked and the data can be kept up to date as species concepts change, and as our understanding of Australia’s biodiversity improves. They can also document changes in individual species through time: specimens collected in the past may present traits that differ slightly from what can be seen in the wild today. Museums and herbaria also house specimens of species that are now extinct in the wild, sometimes providing the only physical evidence that a species ever existed!

Specimen records are important for scientific research, and natural history collections are critical references for scientists from a vast breadth of the biological and environmental science disciplines. For example, researchers used museum paleontological specimens, preserved skeleton DNA and contemporary DNA to prove that the Tasman Booby, a bird believed to be extinct, was still living on islands in the North Tasman Sea (Steeves et al. 2010).

When the collecting data associated with a specimen is made visible on the ALA website, it is accessible to the entire world: geographical impediments to closer investigation are minimised.

Along with the collecting of data, high quality images of specimens are increasingly becoming available through the ALA. This allows researchers to investigate specimens from all over Australia – often in microscopic detail. As well as making access to collections data much easier, aggregating the specimen data from multiple collections in the one place allows researchers to investigate biodiversity in new ways.

Collections-based data are being enthusiastically used by the research community right now – scientific researchers, ecological researchers, and conservation management/planning have been the largest groups of users. The 10 million+ records from natural history collections in the ALA have been part of almost 140,000 separate download events in the last 12 months, totalling more than 550 million data points downloaded.

The 10 millionth record was provided by the Museum and Art Gallery of the Northern Territory (MAGNT), who are just one of the many collections who are regularly contributing to the ALA database.