You are here: Home » Articles filed under: 'News' » Article: 'Attacks on human lives' 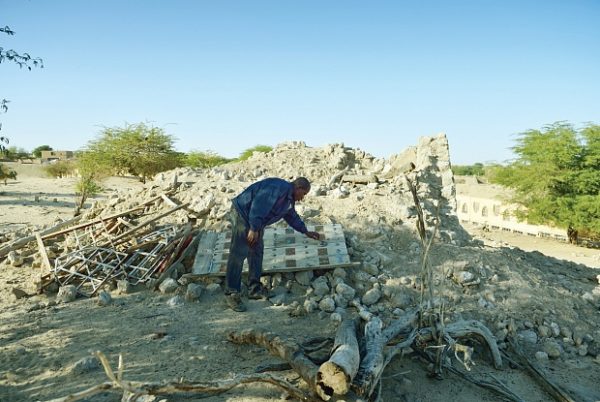 Ruins of the mausoleum of Muslim saint Alfa Moya in a cemetery in Timbuktu, which was destroyed by Islamic militants. Image: Eric Feferberg/AFP/Getty Images.

Robert Bevan, Trial in The Hague of Islamic extremist reminds us that the destruction of built heritage and human life are often linked, The Art Newspaper, 27 September 2016

Only an aesthete with a warped sense of priorities would put crimes against culture on a par with crimes against people. That dusty canard has resurfaced with the trial in The Hague of Al Faqi Al Mahdi for the destruction in 2012 of a mosque and nine of Timbuktu’s World Heritage Site-listed mud-built shrines.

Al Mahdi’s trial at the International Criminal Court (ICC) is the first devoted solely to cultural destruction to be held in an international forum. Under the court’s governing Rome Statute he was charged with the war crime of directing attacks against historic monuments and buildings dedicated to religion. Al Mahdi pleaded guilty and was sentenced on 27 September to nine years in prison.

The decision to prosecute has provoked hostile responses, notably from Jonathan Jones, an art critic for The Guardian newspaper, who wrote: “The most precious work of art in the world is still worth less than a single human life. War crimes as a category must be kept distinct… The destruction of art is vile and offensive to many—but it is not mass murder and we should not pretend it is the same.”

This is a false dichotomy. Attacks on human lives and on material culture are often inextricably linked.

There has been much incorrect reporting on the issue. A widely repeated supposition is that until the ICC began operating in 2002, crimes against culture had never been treated as war crimes. But such attacks have been defined as such for generations and given equal weight (in theory, at least) to other breaches in the laws regarding the conduct of war, such as maltreatment of prisoners. There is nothing novel about the Rome Statute in this regard.

Cultural attacks are also war crimes under the 1954 Hague Convention on the Protection of Cultural Property in the Event of Armed Conflict. As they are under the Geneva Conventions and its additional protocols. Some argue that they also constitute war crimes under international customary law.