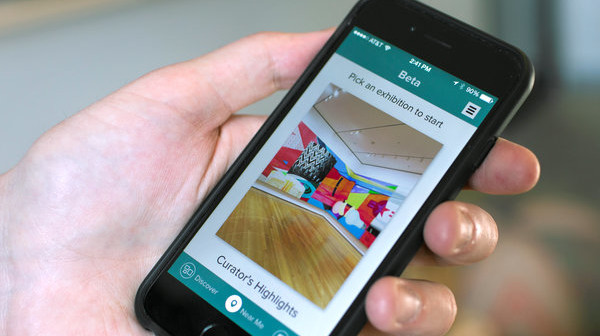 An app created by Brendan Ciecko, founder of Cuseum. Museums are trying to engage a generation accustomed to right swipes and hyperlinks. Credit Katherine Taylor for The New York Times.

If museums face an uncertain future, you wouldn’t know it from “Henri Matisse: The Cutouts,” which recently drew 664,000 to the Museum of Modern Art. The show was so thronged that MoMA kept its doors open round-the-clock on the closing weekend last month.

But blockbusters like Matisse may be deceptive. Art museum attendance dipped 5 percent from 2002 to 2012, according to the National Endowment for the Arts. Museumgoers 75 and older were the only age group to increase over that period. The guardians of posterity must be concerned about the future, no matter how long the lines may be.

Curators worry most about millennials. How do static galleries of canvas and artifact engage a generation raised on the reactive pleasures of right swipes and hyperlinks? How do you sell Goya when “Game of Thrones” is a click away?

Internet technology presents diversions, but may also offer new ways of engaging younger visitors in art, science and history. This year many museums will install a new form of Bluetooth technology known as beacons. Patrons who download a smartphone app can be tracked within a few feet as they wander the galleries. The beacons can detect whether they’re standing at a Warhol print or a Cartier-Bresson photograph and, like a digital docent, can beam them a rich feed of information about those works, including audio talks, videos and reviews.

“The beacons amplify the experience,” said Brendan Ciecko, founder of Cuseum, a Boston start-up that is testing beacons in the Neue Galerie in New York and the List Visual Arts Center at M.I.T., among other museums. “Tech can, and should, bring joy and enrichment to galleries.”

You can text or email the museum’s images to a friend, or post them on Facebook or Twitter. And visitors can navigate to works in far-flung galleries as they would with Google Maps — no small convenience in the labyrinthine halls of the Metropolitan Museum of Art.

The technology “provides visitors with an effortless, rich mechanism that allows them to opt in or opt out for as much as they want to know,” said Elizabeth E. Barker, director of the Boston Athenaeum, which will begin using beacons in time for a show on the Marquis de Lafayette in June. Graphic panels can now be moved online, she added, affording a less cluttered encounter between patron and art.

More important, beacons allow for an alternative to the old convention of top-down exhibitions, in which curators and other experts impart a single authoritative view. Visitors may now post a lively mix of reactions, reviews and rebuttals to exhibitions and individual works, just as readers do in online newspaper comment fields and restaurantgoers do on Yelp.

The result is a cross between curating and crowdsourcing, a two-way conversation. “You shouldn’t have to be a professional curator to have a voice that matters,” said Robert Stein, deputy director of the Dallas Museum of Art, which has experimented with a variety of location-aware technologies but is not currently using beacons.