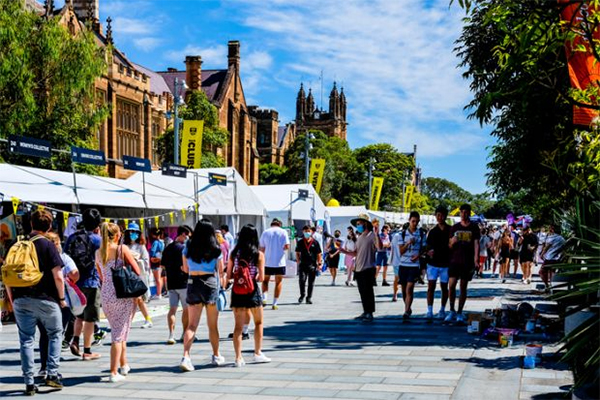 Australia’s government has enlisted panellists from both sides of politics to deliver the most significant review of higher education in 15 years, including updating Denise Bradley’s participation and access targets.

Education minister Jason Clare said Australia had “flown past” Professor Bradley’s target for 40 per cent of young Australians to have university qualifications, set in 2008, but had “barely moved” in meeting her target for underprivileged people to comprise 20 per cent of university enrolments.

“How do we hit the target that Denise set, and that still eludes us?” Mr Clare asked. “What new targets should we set? How do we get there [and] help turn the country of our imagination into something real?”

Addressing a University of Sydney function held in honour of Professor Bradley, a former University of South Australia vice-chancellor who died in 2020, the minister said similar questions could be asked about Australians’ knowledge needs. “What sort of targets do we need to set to make sure we have the skills we need for the jobs of the future?” he asked.

The accord has broad terms of reference befitting a process dubbed “Bradley 2.0” in some circles. The panel has been asked to explore funding and fee arrangements, including reviewing the previous government’s Job-ready Graduates reforms, and ways of “securing the future” of university research.

It will also advise on regulatory and workplace relations settings, international education and the pandemic’s “temporary and permanent impacts” on higher education. And it will look at ways to boost connections between vocational and higher education – another issue that has seen little headway since being examined by Professor Bradley.

The panel boasts considerable firepower in higher education policy. Professor O’Kane, who served as New South Wales’ inaugural chief scientist and engineer after leaving academia, is a veteran of many reviews including a 2008 inquiry into Australia’s innovation system and appraisals of research agencies in Austria and Sweden.

Ms Nash, a former National Party senator and minister who successfully advocated for better income support for rural students while she was in opposition, is now Australia’s regional education commissioner. She will rub shoulders on the panel with Ms Macklin, a former Labor deputy leader and minister credited with major social welfare reforms, who recently chaired a review of Victoria’s post-secondary education and training system.

Universities Australia said the “enormously talented and experienced group” had the expertise needed to capitalise on the “most significant opportunity” for Australian higher education reform in decades.

“This is a chance to review the policy framework we have and determine what is working and what isn’t,” said chief executive Catriona Jackson. “As a sector we will be courageous in [advocating] possible alternate approaches where we feel they are needed.”

The panel has been asked to produce an interim report with “priority actions” next June, followed by a final report in December.