May 21st, 2020 | Browse other: News. | Tagged with: Council of Australasian Museum Directors, COVID-19, Museum and Art Gallery of the Northern Territory, Museums and galleries take cautious steps to reopen | 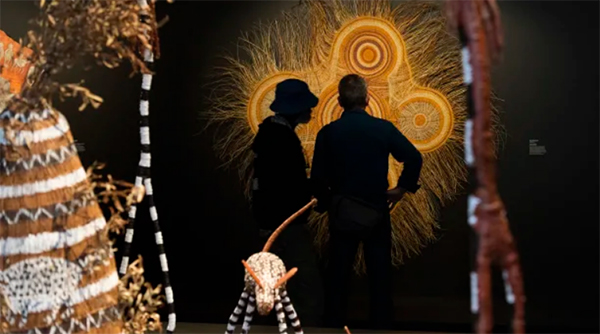 The Museum and Art Gallery of the Northern Territory was the country’s first major museum to reopen this week.

The Museum and Art Gallery of the Northern Territory became the first major arts institution to throw open its doors this week as the sector determines how to reopen safely amid easing coronavirus restrictions.

Canberra and Western Australia are likely to be the next states to re-emerge, with the eastern states expected to follow shortly after.

Victoria has said its institutions will remain closed until June 30, but plans are under way behind the scenes to examine how spaces such as the National Gallery of Victoria might welcome back visitors from July 1 or soon after. A state government decision is expected on June 1.

NSW, Queensland and Tasmania – including its Museum of Old and New Art, which like MAGNT is highly dependent on international and interstate visitors – are also yet to determine a specific reopening date.

One proposal being discussed widely behind the scenes is the use of scheduled ticketing, where visitors would need to book and be assigned a time to attend, and with caps on overall visitors.

MAGNT director Marcus Schutenko said it would be a long road back, with only 55 visitors on its first day compared with as many as 900 on a normal day in May.

“We opened without a hitch but visitation was lower than normal,” Mr Schutenko told The Australian Financial Review. “International studies show people expect there will be a slow uptake of people wanting to go into any public spaces and that includes museums and galleries”. 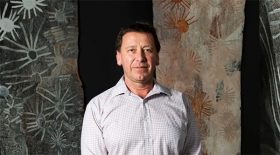 However, MAGNT is launching a blockbuster exhibition on the works of Nyapanyapa Yunupiŋu, opening this Saturday, which Mr Schutenko hopes will start to bring the crowds back.

“It is the most significant exhibition MAGNT has ever put on of an Aboriginal artist, with works from around the country, so it’s a huge exhibition … and she certainly would be regarded as one of the greatest living Australian artists,” he said.

Virtual visitors out in force

The Council of Australasian Museum Directors, which represents leaders of the major national, state and regional museums in Australia and New Zealand, has developed a set of core principles to ensure the safety of staff and visitors. 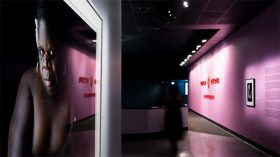 MAGNT hopes a blockbuster exhibition of the works of Nyapanyapa Yunupiŋu will lure visitors back.

Facilities would be closely maintained and monitored, including a revision of hygiene protocols that involved increased cleaning and disinfecting, hand-washing facilities, hand sanitiser and distancing protocols.

Museums and galleries “will adhere to federal, state and territory government rules and guidelines, such as limits on the size of gatherings, restrictions on travel, and implementation of contact tracing”, the principles say.

The “Keith Haring | Jean-Michel Basquiat” exhibition has been the strongest attraction for virtual visitors to the NGV. Eugene Hyland.

Virtual excursions for students have had 10,684 students and teachers across 221 schools booked since the NGV temporarily closed on March 16.

“We’re currently working through how we can reopen later this year and are exploring the appropriate social distancing measures we can put in place in line with Victorian government regulations,” NGV director Tony Ellwood said.

“We’ve been in close discussion with our colleagues from major international art museums who are facing similar challenges.”