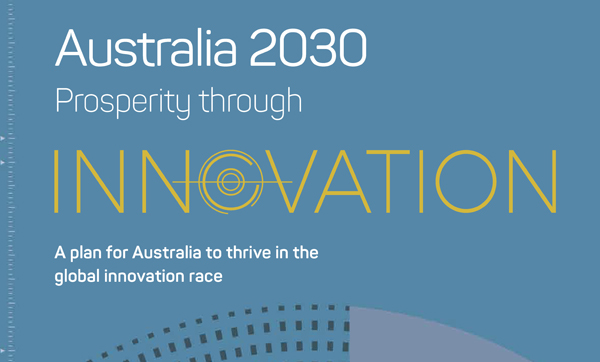 The Australian Academy of Science welcomes the release of Australia 2030: Prosperity Through Innovation plan, prepared by Innovation and Science Australia.

The 2030 Plan correctly identifies the importance of taking a strategic approach to developing our national STEM capability, and makes a number of constructive recommendations, such as strengthening training for pre- and in-service teachers, better preparing students for post-school STEM occupations, and lifting student outcomes in literacy and numeracy (which should include the STEM disciplines).

The Academy has developed and is delivering a number of school education (Primary Connections, Science by Doing and ReSolve: Maths by Inquiry) programs targeting both students and teachers, which if scaled up will fulfil objectives of the 2030 Plan.

“It is imperative that Australia does better in translating research discoveries into commercial products and services. However this priority cannot be achieved without building our national capability in basic research to underpin the translation process.

“Australia’s most commercially successful innovations have commenced as basic research aimed at the public good. This includes Wi-Fi, penicillin, the cochlear implant, polymer bank notes, and many other examples,” Professor Holmes said.

The Academy also welcomes the recommendation to maintain a long-term policy commitment to greater gender diversity. The Science in Australia Gender Equity (SAGE) pilot, a national program promoting gender equity and gender diversity in science, technology, engineering, mathematics and medicine (STEMM) is aiming to deliver a sustainable business model for an ongoing SAGE program, at the conclusion of the pilot in mid-2019.  SAGE is a joint program between the Academy and the Australian Academy of Technology and Engineering (ATSE), funded by the Government under the National Innovation and Science Agenda.

The Academy also welcomes the 2030 Plan’s proposal for so-called “National Missions” to make Australia the healthiest place in the world in particular, a genomic medicine project, which the Academy recommended in its submission to the 2030 plan.

The Academy is also calling for a National Mission on Brain Health, emphasising research and outcomes in neuroscience and neurotechnology. A National Mission on Australia’s Hidden Minerals, to better identify and harvest valuable mineral resources currently beyond our capacity to reach, would play a critical role in promoting Australia’s future economic prosperity.