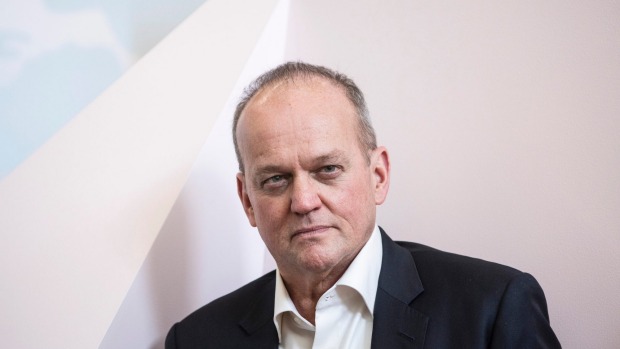 Incoming Australia Council for the Arts chief Adrian Collette says: “I’ve got great respect for what the MPAs do, but the framework’s nearly 20 years old and it’s become rigid.”

Major performing arts companies would receive government funding not in perpetuity but under contracts reviewed every four years, a consultation paper from Mitch Fifield’s Department of Communication and the Arts has suggested.

The paper presages the biggest shake-up to the federal government’s $175 million performing arts budget since 2001. It comes as the Australia Council for the Arts – the distributor of that funding, which will now run a review of it – gets a new chief executive, Adrian Collette, a former boss of the biggest performing arts company of them all, Opera Australia.

Currently 28 major performing arts companies (MPAs), from The Australian Ballet to West Australian Symphony Orchestra, receive 62 per cent of federal performing arts funding and the lion’s share of state funding, under a framework that is not open to competitive peer review and, in the department’s own words, imposes “minimal consequences” when its privileged members fail to meet benchmarks around artistic quality, community outreach or financial sustainability.

The consultation paper, produced after meetings with the MPAs and a public survey that garnered 8026 responses, applauded the MPA framework for the “certainty and stability” it gave its beneficiary companies.

This allowed them to take calculated risks and make long-term investments, which appear to have paid off at the box office, with the 28 companies achieving record combined turnover of $582.6 million in 2017, a compound annual growth rate of 5 per cent over the past five years, even if their total employment has been static at around 10,000 over that time.

With their cohort barely changed since the MPA framework was introduced in 2001, and with 590 other performing arts companies fighting for just $53 million of one-off Australia Council grants in 2016-17, the consultation paper suggests guaranteeing funding only for contracted periods before reassessment is inevitable.

“I can understand how the MPAs appear to the rest of the sector as a closed shop,” said Mr Collette, who since leaving Opera Australia in 2013 has been vice-principal of engagement at University of Melbourne, a role which oversees its museums, galleries and arts sector partnerships. He starts at the Australia Council in January.

“I’ve got great respect for what the MPAs do, but the framework’s nearly 20 years old and it’s become rigid. We need to look more dynamically at how MPAs relate to the rest of the industry.”

The public wanted the MPA framework strengthened to increase diversity on stage and in leadership, to make the companies more accessible and their shows more affordable, and for a broader range of repertoire with more Australian works, a summary of their survey responses in the consultation paper reveals.

While six symphony orchestras and four opera companies are guaranteed funding under the framework, there is no representation of electronic music or, as Australia Council chairman Sam Walsh has pointed out, emerging forms of immersive digital arts.

One of the solutions to the art sector’s problems would be a federal funding boost to grow the MPA pool, Mr Collette admitted. However it hasn’t had one since 2008 and the Australia Council had to “keep getting better at making the case”, according to its new chief executive.

“We have to get on the front foot and promote the arts as one of the most powerful engines for social cohesion we have, at a time where we’re facing all sorts of challenges of diversity,” Mr Collette said.

Feedback from the arts sector to the consultation paper will now be sought, and the Australia Council will submit recommendations to a future meeting of federal and state cultural ministers. They must agree to any changes to the MPA framework.