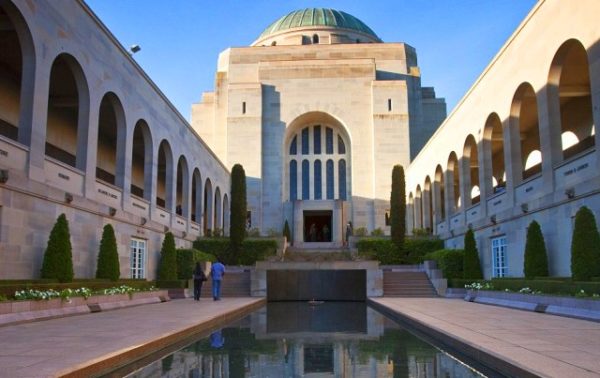 As one of Canberra’s most identifiable landmarks, the Australian War Memorial ranked 23rd in TripAdvisor’s Travellers’ Choice Awards 2016 best-rated landmarks.

Becky Pemberton and David Jeans, Australian War Memorial takes over from The Sydney Opera House as Australia’s most popular landmark in TripAdvisor awards, Mail Online, 18 May 2016

The Sydney Opera House is no longer Australia’s highest must-see landmark after being trumped by the Australian War Memorial – which ranked in the top 25 highest rated landmarks worldwide.

As one of Canberra’s most identifiable landmarks, the Australian War Memorial ranked 23rd in TripAdvisor’s Travellers’ Choice Awards 2016 best-rated landmarks, ahead of the Sydney Opera House, which also crept into the top 25 at spot number 24.

The Incan citadel of Machu Picchu was named the best-rated landmark in the world, beating stunning attractions such as the Sheikh Zayed Grand Mosque Centre in Abu Dhabi and St. Peter’s Basilica in Vatican City.

The Australian War Memorial, which combines a shrine with the Hall of Memory with the Tomb of the Unknown Australian Soldier, a world-class museum and an extensive archive, was opened in 1941 and commemorates the sacrifice of Australians who have died in war.

A record number of visitors attended the landmark in 2015, with more than 1.14 million people arriving to commemorate past and present defence personnel, according to the memorial’s website.

The national icon has been reviewed more than 5000 times on Trip Advisor and has received an overwhelming ‘excellent’ rating with more than 4500 people voting.

‘Excellent, courteous and friendly staff. Beautifully maintained and creative displays. Tomb of unknown soldier a humbling place of reflection,’ one person wrote about the memorial.

Another person said the museum had been significantly improved: ‘This is truly one of the best museums I have ever been to. I remember going to the Australian War Memorial on a school excursion as a child but the museum today is something else.’

‘Very moving experience and amazed at the stories behind the creation and building of this magnificent structure,’ another person said.