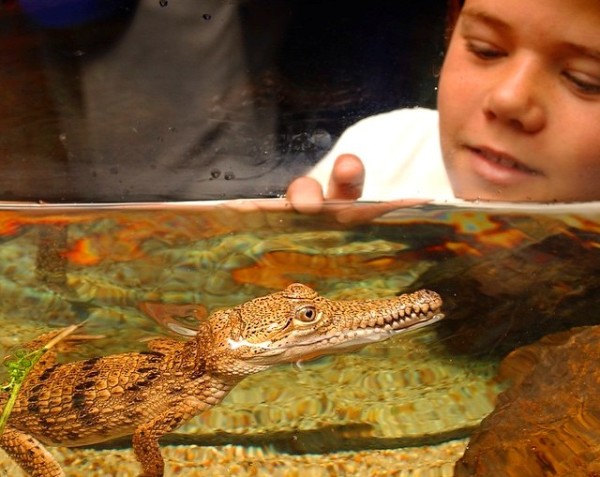 Media Release: The Hon Bob Baldwin, Parliamentary Secretary to the Minister for the Environment, Federal Member for Paterson, Scientists helps us understand our amazing plants and animals, 3 August 2015

Scientists to help us understand our amazing plants and animals Australia is home to around eight per cent of the world’s plant and animal species – yet only 25 per cent of those are known to science. Parliamentary Secretary to the Minister for the Environment Bob Baldwin today announced a grant programme designed to help further our knowledge. “We need to understand the relationships and evolutionary history of our plants and animals in order to fully understand the health of our environment and what we need to do to protect it,” Mr Baldwin said.

“That’s why it is critical to have a grant programme like this. Through the Australian Biological Resources Study, we’re inviting experts including early career researchers to apply for research grants, beginning 2016-17.”

There are two types of grants aimed at scientists of all levels, plus a programme to boost support for PhD students on an Australian Postgraduate Award. “The three year Research and Postdoctoral Fellowship grants help us define and describe new species and increase our knowledge of Australia’s biodiversity. These projects often have a strong practical application for our public services, agriculture and other industries as well,” Mr Baldwin said.

“In April I had the opportunity to spend some time with a previous grant recipient from the University of Wollongong, who is studying flesh flies. Flesh flies help police by giving different clues about the time and place of death. Speed is obviously of the essence in these cases, and the university’s researchers are identifying better and quicker ways to identify the individual species – cutting down the detection time.”

Researchers working in the priority areas of biodiversity conservation, public, plant and animal health and taxonomy (the formal describing of species) can apply for three year grants of up to $90,000 per annum through the programme. There are also capacity-building grants of $10,000 for honours, masters and PhD students.

“We’re also offering a $10,000 boost to students who are beginning a PhD in this important field. The Australian Government strongly believes science is at the heart of our society and economy. By supporting the scientists of tomorrow through programmes like these, we’re encouraging invention and innovation, crucial to driving our economy and creating new products and jobs.”

Last year the Australian Government invested in 21 research projects through a $2 million package of National Taxonomy Research Grants, bringing Government investment in the grants to $5.3 million so far.

Over the last 12 months, the Australian Biological Resources Study’s National Taxonomy Research Grants have resulted in the classification and description of more than 740 new species and 70 new genera (a group of species). For more than 40 years the Australian Biological Resources Study has helped researchers contribute to Australia’s plant and animal knowledge.

Located at the Australian National Botanic Gardens in Canberra, today the programme is managed by Parks Australia.

Positions Vacant » View All
» Temp Employment Register, Reg & Conserv – NMA
» Senior HR Advisor Recruitment – NMA
Latest News » View All
AIATSIS to open Alice Springs engagement
& digitisation centre with NT Govt support Read more.
Eric Gill’s Prospero & Ariel at the BBC
- judging the past & Ditchling Museum Read more.
Art attack – when vandals strike
- a glimpse of past causes & art vandalism Read more.
A letter to MoAD’s visitors & friends
& road to recovery after arson attack Read more.
Museums among Aus’s most trusted orgs – CAMD
Mat Trinca, NMA ‘trusted sources of info’ Read more.
Top +
Council of Australasian Museum Directors, c/o Ms Daryl Karp, Museum of Australian Democracy at Old Parliament House PO Box 3934 Manuka, Australian Capital Territory 2603 Australia, © CAMD 2022
Copyright: All information and resources provided on this website remain the copyright of the Council of Australasian Museum Directors. Permission is granted for viewing and downloading for personal and not for profit purposes. Those wishing to reproduce any materials for commercial, educational or other uses are requested to contact us.
Disclaimer: The content of this website is provided for information purposes only and is not intended as a substitute for professional advice. No claim is made as to the accuracy or authenticity of the content of the website. The Council of Australasian Museum Directors does not accept any liability to any person for the information or advice (or the use of such information or advice) which is provided on this website. The information on our website is provided on the basis that all persons accessing the site undertake responsibility for assessing the relevance and accuracy of its content. No responsibility is taken for any information or services which may appear on any linked web sites. Hostgator.
.