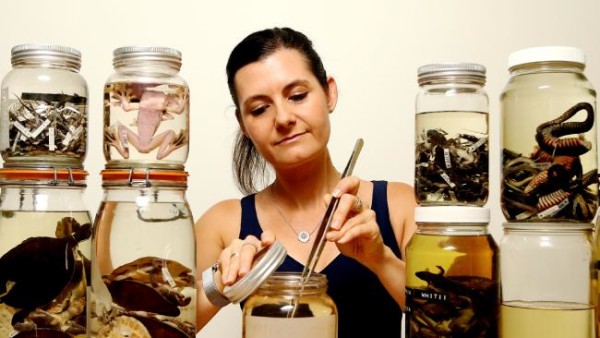 Australian Museum Research Institute director Rebecca Johnson has headed up a team of scientists who have discovered more than 140 new species of animals in the past 12 months. Source: Courier Mail. Photo: Adam Taylor.

It seems the best scientists really are Down Under, with researchers at the Australian Museum ­digging their way to the top of their field by ­discovering 70 new worm species in the past 12 months.

“Our new discoveries are largely related to the expertise of our scientists.

“For the worms, two of our scientists organised a scientific expedition to our field station at Lizard Island (on the Great Barrier Reef) and in a two-week period they spent a lot of time focusing on understanding the local worm diversity.

“We also described 42 crustaceans, again reflecting that we have a couple of really amazing crustacean ­researchers.”

Dr Johnson said the ­discoveries increased human understanding of the animal world, evolution and the ­delicate ecosystems in which they lived.