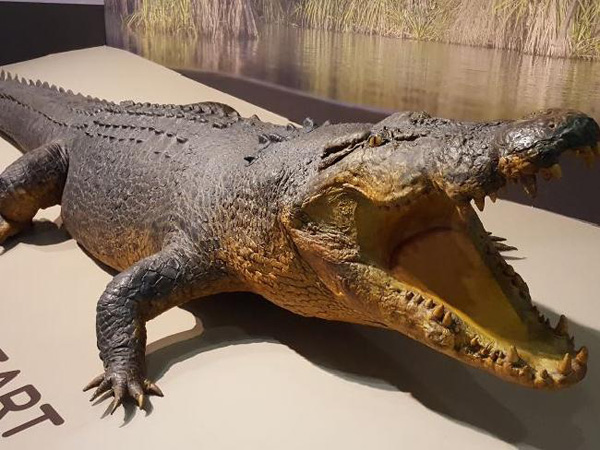 Australia’s rich natural history has always been one of the country’s best selling points — and now it’s available for the whole world to see.

Google today unveiled their new Australian Natural History platform, showcasing more than 50 immersive collections from partner museums across the country in what will be Australia’s biggest online museum.

Users will be able to learn about impressive specimens like “Sweetheart”, a 5.1-metre-long Estuarine Crocodile from the Northern Territory. Tipping the scales at 780kg, Sweetheart gained notoriety for attacking small, aluminium fishing boats at Sweets Lookout Billabong, a local fishing spot. By 1979 he became aggressive and was relocated to a crocodile farm.  Unfortunately, Sweetheart became entangled with a sunken tree and drowned during the capture process.

“This new platform celebrates Australia’s rich and unique offering for natural history, which we can now provide access to for the entire world to experience, especially our education institutions across the country,” Mr Noble said.

In addition to learning about Australia’s natural history, users will also be able to “teleport” to different museums such as the Natural History in London, which offers virtual reality tours of dinosaurs.

Director of Public Engagement at Museum Victoria, Tim Hart, said visitors to the platform would be able to experience the museum’s collections and specimens in incredible detail.

“From exquisite butterfly eggs magnified to reveal their intricate, crystalline structures, to photographs of native fauna in the wild from our award-winning photographers, this new platform will let visitors experience Australian natural history like never before,” he said.