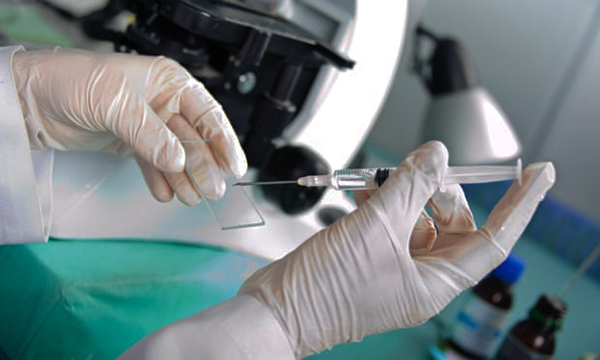 More than 450 scientists and academics have called on the Australian Research Council to reconsider a rule that bans the citation of preprint materials in funding proposals. Photograph: Zoonar GmbH/Alamy Stock Photo.

Researchers are worried the ban on preprint materials in grant proposals will diminish the nation’s scientific potential.

The Australian Research Council says it is “looking into” a controversial rule change that affects academic grant applications, amid growing political pressure and criticism from the Australian research community.

More than 600 “concerned members of the Australian research community” have called on the Australian Research Council (ARC) to reconsider a rule that bans applicants from citing preprint material in proposals for funding.

The rule, introduced by the federal government agency in the 2021 funding round of the Discovery Early Career Researcher Awards and Future Fellowships, caught out researchers whose applications were otherwise deemed eligible for funding.

Increasingly, scientists upload research studies in preprint form to servers such as the arXiv before formal peer review and publication in academic journals.

On Monday, the president of the Australian Academy of Science, Prof John Shine, wrote to the federal education minister, Alan Tudge, about the preprint rule, expressing concerns that “such a technicality should have a major impact on so much of Australia’s research potential”.

“It could easily be argued that a researcher not referencing material found in preprints is not using the full range of contemporary knowledge in a discipline,” Shine wrote.

“That, in the view of the academy, would be more of an indictment than using and referencing material published as preprints.

“The academy would be happy to assist the ARC review their current policy framework, as a matter of urgency, such that best practice can be achieved across disciplines and applied to all future grant rounds.”

A separate open letter addressed to the ARC’s chief executive, Prof Sue Thomas, and Tudge has been signed by more than 600 Australian researchers and academics from overseas institutions including the University of Cambridge, Harvard, and Columbia University.

Signatories said it was in Australian taxpayers’ best interests to allow preprint citations in grant applications.

“Referencing preprints is essential for assessing the quality, novelty, benefits, feasibility, and value of any research proposal,” they wrote. 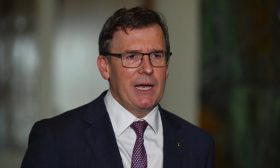 A letter has been sent to the education minister Alan Tudge and ARC’s chief executive Prof Sue Thomas calling for the preprint rule to be scrapped. Photograph: Mick Tsikas/AAP

One of the letter’s co-authors, Prof Lachlan Coin of the University of Melbourne’s Doherty Institute, told Guardian Australia it was motivated by a desire to bring Australia in line with other research agencies internationally.

Most funding agencies in the US and UK allow researchers to cite preprints in their proposals.

“We wanted the ARC to take into account the benefits that preprints can have,” Coin said. “By allowing researchers to discuss preprints, they’re really discussing the current research in the field. Published papers are typically one year behind where the field’s at in many areas.

“There’s been a tremendous amount of work on Covid released on preprint servers … that’s really sped up scientific discovery.”

Victorian Labor senator Kim Carr said the ARC should have taken steps to address their failure to communicate the rule change directly to researchers.

“The preprint change in rules that the ARC instituted this year is totally out of kilter with what’s happening with this practice around the world,” Carr said.

“It is extraordinary that the ARC has not recommended to the minister that they reopen the [funding] round.”

Dr Lonni Besançon, a research fellow at Monash University, said though preprints did not go through formal peer review, they were often read and critiqued by other academics. “They are essential to science communication between scientists,” he said.

An ARC spokesperson said: “The ARC is currently reviewing the requirements in applications and feedback from the sector on the best way to proceed to ensure fairness in the treatment of pre-prints.”

On Monday afternoon the ARC’s official Twitter account posted: “Thank you to everyone who has contacted the ARC to provide your disciplinary perspective about including preprints in applications for funding.”

“We are looking into the issues raised & will respond as soon as we can.”