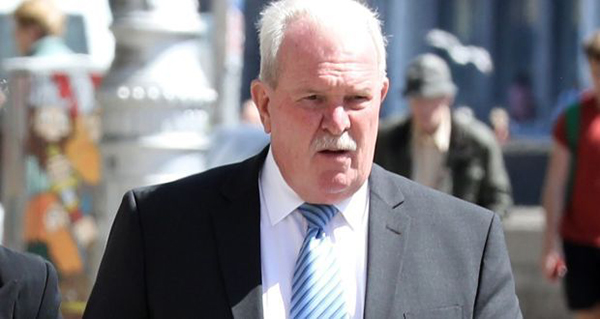 An Australian tourist who injured his leg after slipping and rolling down three steps of stone stairs at the National Museum of Ireland has been awarded almost €67,000 damages by a High Court judge.

The accident happened on the second day of Mr Baldwin’s trip to Ireland with his wife.

The judge found negligence in failing to provide a railing for a person to hold onto the entire way down the seven-step staircase.

The pensioner fell on the third last step from the bottom. The judge accepted arguments that, because the railing stopped before the end of the staircase, there was a tendency for people to move towards the centre portion of the staircase.

The National Museum steps date back to 1890, when the Kildare Street building was constructed. The wrought iron banister topped by a wooden rail terminates at the third last step from the bottom where it joins a stone balustrade.

Ms Justice O’Hanlon concluded that, had there been an adequate and safe handrail system on the steps in question, Mr Baldwin would not have suffered the injury.

She found the museum failed in its duty to take reasonable care to ensure the safety of Mr Baldwin because there was no proper and adequate handrail system on the stairway in question. CCTV footage of the stairway and fall should have been preserved and the employee who viewed that footage should also have been made available, she said.

The museum should have preserved and retained the one piece of evidence which would have truly clarified the situation, she said.

Mr Baldwin, who lives in Revesby, just outside Sydney, New South Wales, had sued the National Museum of Ireland as a result of the fall on June 5th, 2016. He alleged failure to provide adequate hand railing and that the steps had been permitted to become unsafe, were polished smooth from wear and did not have adequate anti-slip nosing.

The claims were denied and the museum contended the stairs were free from defect and there was one handrail.

It also pleaded contributory negligence on the part of Mr Baldwin, who it was claimed was rushing to descend and not paying attention. The museum said more than 470,000 people visited the National Museum in 2016 and Mr Baldwin was the only person who fell on the marble stairs.

Finding no contributory negligence on Mr Baldwin’s part, Ms Justice O’Hanlon said she found the tourist to be a very credible witness who came to court in good faith and travelled from Australia to bring his case to trial. He gave evidence in a “very candid, normal way” without embellishing matters in any shape or form, she said.

Positions Vacant » View All
» Temp Employ Reg Curatorial & Exhibitions – NMA
» Temp Employment Register, Reg & Conserv – NMA
Latest News » View All
AIATSIS to open Alice Springs engagement
& digitisation centre with NT Govt support Read more.
Eric Gill’s Prospero & Ariel at the BBC
- judging the past & Ditchling Museum Read more.
Art attack – when vandals strike
- a glimpse of past causes & art vandalism Read more.
A letter to MoAD’s visitors & friends
& road to recovery after arson attack Read more.
Museums among Aus’s most trusted orgs – CAMD
Mat Trinca, NMA ‘trusted sources of info’ Read more.
Top +
Council of Australasian Museum Directors, c/o Ms Daryl Karp, Museum of Australian Democracy at Old Parliament House PO Box 3934 Manuka, Australian Capital Territory 2603 Australia, © CAMD 2022
Copyright: All information and resources provided on this website remain the copyright of the Council of Australasian Museum Directors. Permission is granted for viewing and downloading for personal and not for profit purposes. Those wishing to reproduce any materials for commercial, educational or other uses are requested to contact us.
Disclaimer: The content of this website is provided for information purposes only and is not intended as a substitute for professional advice. No claim is made as to the accuracy or authenticity of the content of the website. The Council of Australasian Museum Directors does not accept any liability to any person for the information or advice (or the use of such information or advice) which is provided on this website. The information on our website is provided on the basis that all persons accessing the site undertake responsibility for assessing the relevance and accuracy of its content. No responsibility is taken for any information or services which may appear on any linked web sites. Hostgator.
.