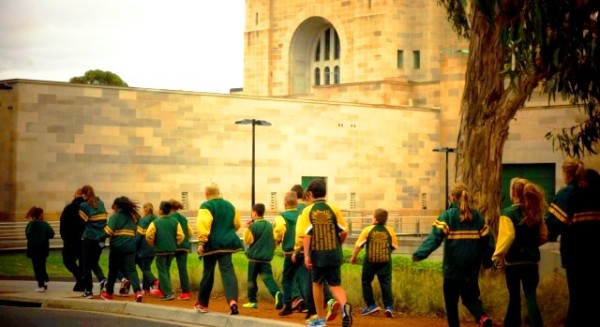 Visitors have descended on the Australian War Memorial in record numbers in 2015, with more than 1.14 million people seeking to commemorate the service and sacrifice of past and present defence personnel thus far.

Director of the Memorial Dr Brendan Nelson said the overwhelming attendance numbers demonstrate the importance Australians place on commemoration of not only those from the First World War but all conflicts past and present.

“The past year has seen the culmination of many years of planning and hard work to deliver what may be one of the nation’s most signification anniversaries. But it is the personal stories told in the galleries and exhibitions at the Memorial which are at the heart of a strong emotional connection with our visitors.”

There has been increased visitation in each month of 2015, and with still December to come the figures are already 21 per cent higher than last year’s. April was the biggest month for attendance with an increase of 78 per cent, as more than 150 000 attended Anzac Day services alone.

“To witness the sea of visitors overflowing from the parade ground into the Memorial’s grounds and stretching onto the darkened Anzac Parade will for me remain an unforgettable image of Australian pride,” Dr Nelson said.

One of the most significant new achievements for the Memorial’s centenary period has been the refurbishment of its First World War Galleries. This was one of the largest projects ever undertaken by the institution, and has been a notable highlight for anyone visiting the Memorial in 2015.

A large number of students, totalling nearly 140 000 in the year to the end of June, also visited the Memorial this year – most as part of facilitated education programs linked to the Australian curriculum.

“Although set in the context of war, these stories of love and friendship give us a deeper understanding of what it means to be Australian. Every nation has its story. Australia’s story is told here,” said Dr Nelson.