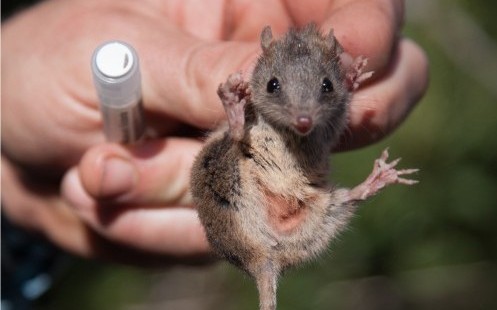 Museum Victoria has been awarded a $500,000 Ian Potter Foundation 50th Anniversary Commemorative grant for the development of the Australian Wildlife Biobank.

The Ian Potter Australian Wildlife Biobank will be Australia’s first biobank for the mass and long-term storage of wildlife tissue samples – the animal equivalent of a national seedbank.

The Biobank will be a critical repository for the tissue samples that are central to genetic research and reproductive biology programs for Australian wildlife species.

Dr J Patrick Greene OBE, Chief Executive Officer, Museum Victoria said, “through its active research programs undertaken over 160 years, Museum Victoria has built a tissue bank collection of more than 40,000 samples from wildlife species across Australia and from around the world.”

“The Ian Potter Australian Wildlife Biobank will enable Museum Victoria to fully protect, expand and realise the full potential of this collection.”

Based on super-cold liquid nitrogen, the Biobank will store animal tissue samples at -150ºC, cold enough to preserve viable reproductive tissues such as embryos, eggs and sperm, for the long term.

This facility will enable Museum Victoria to partner with researchers nationwide, particularly those working on protecting endangered species; and ensure long-term management and protection of critical genetic and reproductive samples.

“As wildlife around the world is coming under ever-increasing pressure from human impacts including climate change, the Ian Potter Australian Wildlife Biobank will play a critical long-term role in wildlife research, conservation and recovery,” Dr Greene said.

“Museum Victoria’s Ian Potter Australian Wildlife Biobank project certainly filled these criteria. It is a transformative project that will greatly enhance the Museum’s collection capacity leading to new research and collaborations, and help to preserve our faunal heritage for the benefit of generations to come,” said Ms Hirst.

“The Foundation has had a long and productive relationship with Museum Victoria and we are delighted that one of these special 50th Anniversary Commemorative Grants will support their valuable work.”

Museum Victoria is one of only eleven successful applicants out of a pool of over 200 to the Ian Potter 50th Anniversary Commemorative Grant program.

The Biobank is expected to be operating by late 2015.