You are here: Home » Articles filed under: 'News' » Article: 'Australia’s heritage at risk?' 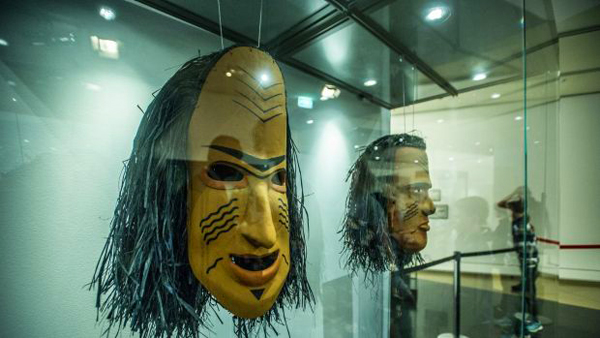 An exhibition at the National Museum of Australia. A new research paper warns that Australia’s national heritage is at risk after years of budget cuts. Photo: Karleen Minney.

The federal government’s “wilful neglect” of Australia’s national museums, galleries and libraries is putting the nation’s shared history and heritage at risk, according to a new academic study.

Years of budget cuts had heaped pressure on staff and limited public access to collections including in regional areas, researchers said in a paper published by the Australian Journal of Public Administration this month.

The article, by Community and Public Sector Union researchers, said a $36.8 million government budget cut starting in 2015– 2016 had made it harder to acquire and preserve items, slowed efforts to digitise historical documents and put artefacts at risk of deteriorating.

About $30 million in further cuts had hit museums, galleries and libraries since 2013.

“Comments from institution directors suggest that government cannot continually under fund cultural institutions and slice away at their budgets – they are not magic puddings,” it said.

“Rather, Australia’s history, and vibrant, shared record of what makes Australia is at risk of becoming inaccessible, or worse, marginalised and forgotten through wilful neglect.”

However Arts Minister Mitch Fifield said the government would spend $48.5 million over three years funding capital works and public programs for national museums and galleries, and creating a centre for them to share services.

A National Library of Australia staff member told the union that temporary contractors had replaced experienced and knowledgeable workers while an interviewee from the National Gallery said there were fears about “cutting corners” and the effect on care of its art.

Efforts to grow funding for national museums, galleries and libraries with private donations and commercial revenue had not filled the gap left by government budget cuts.

“Without necessary government funding to acquire items of national cultural significance, cultural institutions (and therefore the Australian public) will either miss out or need to rely on the generosity of many individual donors,” the paper said.

The need to raise funds had put pressure on staff also tasked with exhibiting and preserving the country’s heritage while the growing dependence on private sponsorship had steered cultural hubs towards “blockbuster” exhibitions, researchers were told.

But it was unknown how much pursuing non-government funding distracted staff from other work, the paper said.

“With fewer people conserving, preserving and curating our national collection, there is greater potential that the collection will not be able to tell our national story to future generations,” she said.

Canberra’s national gallery told a Senate estimates hearing last week it would not reverse a 10 per cent staffing cut despite a budget windfall restoring half its government funding slashed less than two years ago.

The National Gallery of Australia’s director Gerard Vaughan told senators at an estimates hearing on Wednesday it had to shed 20 of its 237 staff after a $3.94 million cut in December 2015.

Tighter finances had also forced the gallery to rotate its collections more slowly, from every six months to between nine and 12 months.

Senator Fifield said the government was spending $16.4 million on the National Library over three years starting this year under the Public Service Modernisation Fund announced in 2016.