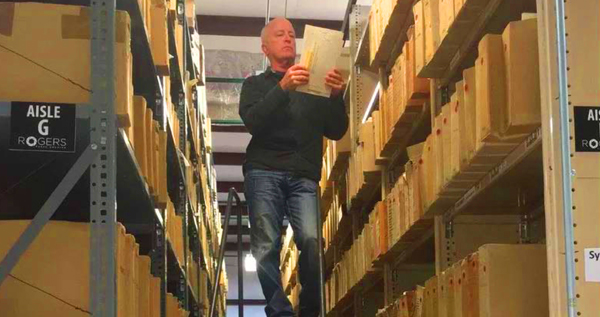 The tale of a struggling Australian media company, a shady American photo archive, an FBI raid, and two million vintage Australian photographs stranded in Arkansas will have a happy ending, thanks to Daniel Miller, the owner of Santa Monica’s Duncan Miller Gallery.

“It’s the living breathing history,” Miller told artnet News. “This was either going to be thrown away, or it was going to be brokered out to a bunch of eBay agents.”

The dealer is in the process of repatriating parts of the historic Sydney Morning Herald Vintage Photo Archive, which features work by Australian artists including Max Dupain, Wolfgang Sievers, David Moore, Olive Cotton, Carol Jerrems, and Jeff Carter, to Australian museums and cultural institutions. There are about 2,000 fine-art images from 14 artists, in addition to the archive’s holdings in other subjects such as sports, crime, politics, theater, Indigenous people, military, and general Australian life.

The photographs, taken for and used in publications such as the Herald, the Age, the Sydney Sun and the Financial Review, date from the early 20th century to the 1990s. Returning them will to Australia will restore an important part of the nation’s history.

But how did this massive archive wind up in a warehouse in Arkansas? In 2013, Australia’s Fairfax Media struck a deal with the Rogers Photo Archive in Little Rock. In exchange for digitizing the images and a payment of $300,000, Rogers Photo Archive would keep and sell the originals.

“The market for scanning this kind of archives is about $2.50 per photo,” explained Miller, noting that in order to complete the process in a timely fashion, Rogers Photo used high-speed document scanners, which can’t achieve the high resolution possible with flatbed scanners.

Just months after Fairfax shipped the entirety of its archive to the US, however, the FBI conducted a raid at Rogers Photo Archive, connected to sports memorabilia fraud. Because of these legal troubles, the company went bankrupt and the ownership of the photos passed to a bank through court receivership.

“I’ve been buying photo archives for several years, so I’m kind of known in that area,” said Miller, who was introduced to the court receiver and spent about six months negotiating the sale of the archive, which was finalized about a month ago. He signed a confidentiality agreement with the bank not to disclose the final sale price.

According to Miller, these photographs would likely sell for between $20 and $400. Photography appraiser Penelope Dixon places the value at $82 million, about $41 per photograph. Miller is looking to sell at about 10 percent of that, or just $4 each.

Although the current lack of arts funding in Australia presents a challenge, Miller recently traveled Down Under and gave a presentation on the archive to representatives from 40 museums. The archive’s selection of 25,000 cricket photographs has already found a new home at the Bradman Museum in Bowral, which is dedicated to the sport, and Miller hopes to make arrangements with other institutions.

The fine art photographs, although by artists largely unknown to American audiences, are likely to attract considerable interest. “Most museums were unaware that these works were inside a newspaper archive,” said Miller, noting that nearly every significant Australian fine art photographer is represented in the collection. “They’re clearly not press images.”

A selection of these images will be included at an upcoming exhibition at the gallery, titled “The Australians,” which Miller hopes will helps introduce these important artists to art lovers in the US. “I think it’s great for us to be able show this work,” he added.

Meanwhile, two librarian archivists are working full time to organize all of the photographs. “It’s going to take us some time to unwind,” Miller admitted. “I spent a lot of my own money to defend the archive. I just thought it was really important.”