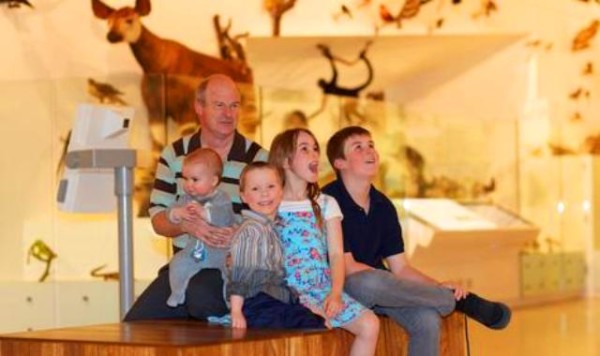 Congratulations to Museum Victoria which won the Museums Australia (Victoria) Award for Large Museums at the awards held on 6 August at the National Gallery of Victoria.

Museum Victoria received the Award for the Autism Friendly Museum Project, which aims to welcome and include people with an Autism Spectrum Disorder at all three Museum Victoria sites: Melbourne Museum, Scienceworks, and Immigration Museum.

Since 2013, Museum Victoria has been working with AMAZE, the peak body for Autism Spectrum people in Victoria, and the Department of Early Childhood Development, to provide staff awareness and training, and online resources including social scripts and sensory maps.

The judges were moved by this project and praised the Museum for its initiative in developing it. The judges commended Museum Victoria for working with peak bodies and state networks to achieve a very worthy outcome. “This project takes us into different territory where audiences are being thought of in a more granular way and the special needs of particular groups are now being seriously considered.” The project was recognised as ground-breaking and innovative.

Melbourne Museum curator, Deborah Tout-Smith, was one of the winners of the Individual Award for Excellence (Paid Staff).  The Award was presented for her work on the exemplary Love & Sorrow exhibition at Melbourne Museum, and for involving people and communities.

As lead Curator for Love & Sorrow, Deborah used soldiers’ diaries from Museum Victoria’s collection to make contact with descendants, collect their stories for the exhibition, and reveal the personal and generational impact of war.

The judges recognised Deborah’s commitment to this project and her use of personal voices to create an exhibition that is vastly different from traditional displays memorialising war. The judges praised her for: tirelessly mobilising staff and volunteers, forming specialist advisory groups to acquire and further document the collection, and for her contribution to delivering related lectures, symposiums and public programs.