You are here: Home » Articles filed under: 'News' » Article: 'AWM as a “place to tell the truth, good'

AWM as a “place to tell the truth, good 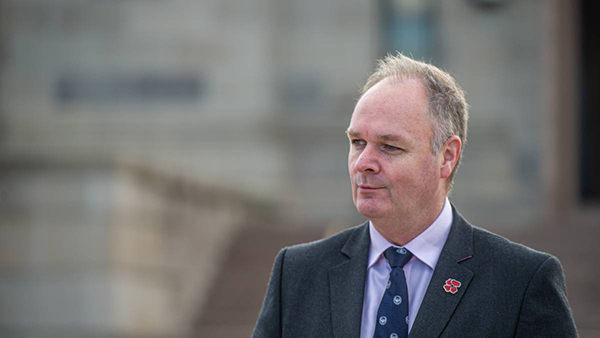 Australian War Memorial director Matt Anderson has said the memorial will tell the “good and the bad” of the country’s war history but with context. Picture: Karleen Minney.

The Australian War Memorial has said it will show both the “good” and the “bad” of recent conflicts in light of next week’s release of a long-awaited report into alleged war crimes committed by Australia Defence Force personnel.

Memorial director Matthew Anderson appeared before a committee hearing on Friday afternoon where he was asked by Senator Kim Carr how it plans to deal with cases where service personnel have engaged in acts that are “less than honourable”.

“I think the most important thing the Australian War Memorial can do, as they have actually throughout history, is to acknowledge the good and the bad, acknowledge that, you know, good people are capable of bad decisions,” Mr Anderson said.

On Thursday, Prime Minister Scott Morrison announced a report undertaken by the Inspector-General of the Australian Defence Force into war crime allegations would be publicly released next week.

Mr Morrison warned the report would contain “brutal truths” and would be “difficult and hard news” for former and serving defence personnel as well as the rest of Australia.

Mr Anderson said he did not know what was in the report but said it was the memorial’s place to tell the truth, good and bad, along with the context.

“40,000 women and men have served [in] Afghanistan since 2001 … the vast majority of them have done a difficult job extraordinarily well,” Mr Anderson said.

“I think the War Memorial’s role in order to continue to be a place of trust is to tell the truth, but also to provide the context in which those stories occurred.”

The memorial is looking to expand its displays to include more recent conflicts from the past three decades, some of which could be included in the report’s release.

Mr Anderson said these displays will incorporate both the conduct and the aftermath of these conflicts, suggesting the inclusion of any relevant findings in the report.

“What we will be seeking to do is have new galleries that tell the stories of contemporary service in Afghanistan, in Iraq, in Syria, in the Gulf in peacekeeping and humanitarian [missions],” Mr Anderson said.

“We will start that process of determining what goes into these galleries – of course, we haven’t started – so this is actually the perfect time in a way for us to actually pause and say, ‘how are we going to do this?’

“We will make sure that we do actually tell the causes, the conduct, the consequences, the aftermath of those more recent conflicts that we’ve been involved in and clearly, this is part about the conduct and how we deal with it will be the aftermath.”