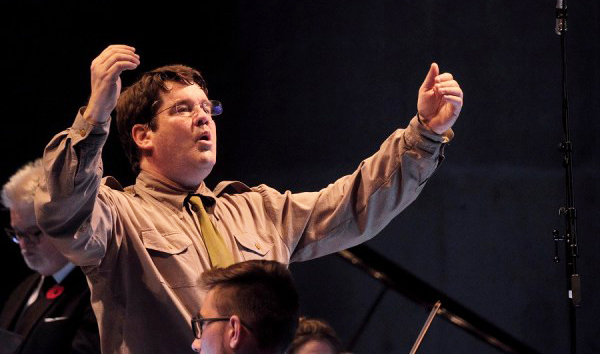 ARTIST-in-residence at the Australian War Memorial, Chris Latham, is jubilant that his planned “Prisoners of War Requiem” is among the ACT applicants to share in funding of $131,870.

Minister for Veterans’ Affairs and Defence Personnel Andrew Gee and Zed Seselja, senator for the ACT, jointly announced that, as part of the Government’s “Saluting Their Service” program, $114,550 would be allocated to the production of the POW Requiem concert at Llewellyn Hall in October this year to commemorate 80 years since the Fall of Singapore.

Other grants announced were $4150 for the 5th Battalion Royal Australian Regiment Association Incorporated to digitise its publication, “Vietnam Task”; $720 Headquarters 1st Australian Task Force Association, to help commemorate the 50th anniversary of the Task Force’s withdrawal from the Vietnam War and $12,450 to Soldier On to create a series of podcasts that provide stories of those who served Australia since 1990.

The POW Requiem is the fourth of Latham’s seven planned requiems, with the 2015 “Gallipoli Symphony”, the 2018 “Diggers Requiem” and the 2021 “Vietnam Requiem” behind him, all funded by the Department of Veterans’ Affairs and the Australian War Memorial.