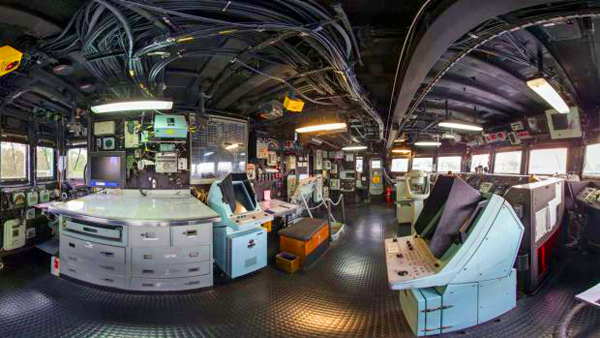 The Australian War Memorial is beefing up its technology so lovers of military history can explore wartime objects using augmented reality.

The memorial will offer an interactive look inside a number of important objects from Australia’s military history, including a Mark IV tank, the G for George bomber and the bridge of HMAS Sydney.

People will be able to explore these objects on the war memorial website, in detail that has previously been inaccessible – pressing buttons, hearing sounds and listening to accounts of people who used the objects.

The war memorial’s head of digital experience Amanda Dennett said the project would explore all three arms of Australia’s military – army, navy and air force – and cover a range of time periods.

“We’re trying to give that picture from old to modern day, and capture interest across time,” she said.

“We want to represent key objects from across our military history – from World War I and World War II, through to the Iraq and Afghanistan wars.”

Ms Dennett said digital platforms gave the war memorial the ability to share its trove of military knowledge with people who weren’t able to make it to Canberra, encouraging more interaction with Australian history.

“We want to make our history broadly available to as many people as possible,” she said.

“The war memorial’s collections belong to all Australians – it’s quite exciting we’ve now got the technology to take those stories to people, no matter where they are.

“Augmented reality tools enable us to give people an immersive look into objects central to our military history, in a way that hopefully encourages empathy.”

Ms Dennett said moving more of the war memorial’s contents to the digital realm would appeal to many people.

“We want young people to engage with the collection and using technology is a good way to do that,” she said.

“But there are also people who are just passionate about history and will jump at opportunity to get into these objects and have a look at them in a way they haven’t previously been able to.”

The augmented reality project is a partnership with tech company Leidos Australia and will present five military objects to be explored online, over the course of three years. The first is expected to be available mid-2018.

The memorial has more innovative digital plans, with a virtual reality theatre planned for the end of WWI centenary next year.