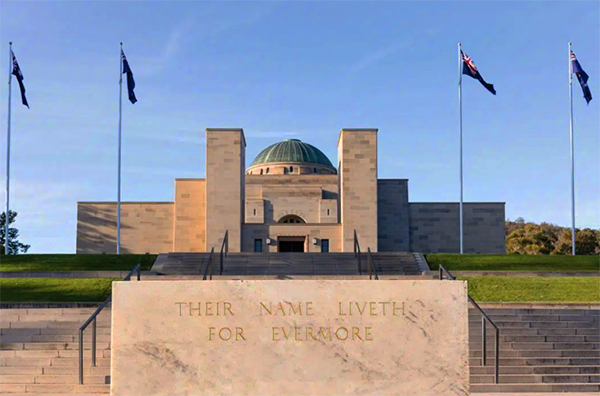 The Australian War Memorial is closed to visitors, but will commemorate Remembrance Day on Thursday, 11 November with a small, livestreamed ceremony.

The 2021 Remembrance Day National Ceremony features traditional elements including one minute’s silence at 11am, the laying of wreaths by invited dignitaries, and a Commemorative Address.

This year also marks the 80th anniversary of the Australian War Memorial, which opened in Canberra in 1941.

The National Ceremony will begin at 10:45am in the Memorial’s Captain Reg Saunders Courtyard.

Limited tickets to the National Ceremony will be made available to the public from 10am on Friday, 29 October from the Australian War Memorial website.

The Remembrance Day National Ceremony will be broadcast live on ABC television and radio, and livestreamed on the Memorial’s Facebook page. It will later be available on ABC iView.

AWM director Matt Anderson encouraged people who cannot secure a free ticket to watch the broadcast and reflect on this important day from home.

“The Memorial invites all Australians, wherever they are across the nation, to commemorate with us at 11am on 11 November through the ABC broadcast, or online on Remembrance Day,” Mr Anderson said.

More information on Remembrance Day is available on the Memorial’s website.

The Australian War Memorial remains closed to the public until Thursday, 17 November. Bookings for tickets to visit the Memorial galleries from the reopening onwards will be available on the Memorial’s website in early November.

Photographs from the 2021 Remembrance Day service will be available on the Memorial’s Flickr page.