February 25th, 2021 | Browse other: News. | Tagged with: A$498 million on an extension of the Australian War Memorial, Costly war memorial revamp stirs controversy | 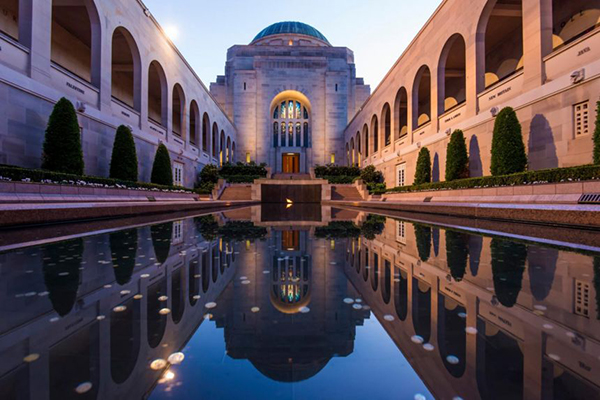 Australia’s Federal Government plans to spend A$498 million (S$520 million) on an extension of the Australian War Memorial in Canberra that will expand its exhibition space and allow it to display larger objects such as a fighter helicopter and a reconnaissance plane. Photo: Australian War Memorial/Facebook.

SYDNEY – Australia is pushing ahead with a major revamp of its national war memorial museum, despite criticisms that the project risks glorifying war and that the funding should instead be used to support veterans.

The Federal Government plans to spend A$498 million (S$520 million) on an extension of the Australian War Memorial in Canberra that will expand its exhibition space and allow it to display larger objects such as a fighter helicopter and a reconnaissance plane.

But the move has been condemned by historians and some former military officers, who say it is unnecessary and will change the purpose of the museum from a memorial to a “Disneyland”-type presentation of war.

The project was announced in 2018 by Australian Prime Minister Scott Morrison, who said the overhaul would allow the memorial to improve its displays, particularly of deployments in the past two decades to Afghanistan, Iraq, the Solomon Islands and East Timor.

Mr Morrison has repeatedly defended the revamp, describing it last year as a “tremendous project” that would honour veterans, particularly those who served in recent conflicts.

“We do need to tell all the stories of Australia’s service,” he said. “And there needs to be room and space and appropriate facilities there to recognise and reflect that.”

The overhaul is being considered by Parliament’s public works committee. According to a report last Saturday (Feb 20) in The Australian Financial Review, the committee is expected this week to confirm it is approving the cost of the project.

However, some MPs in the committee are expected to write a dissenting report, as the project has proven controversial and raised questions about the proper aims of a national war memorial.

An expert on Australian history at the University of Sydney, Professor Mark McKenna, said the Government appeared to be elevating Australia’s military history above other features of its past.

“While other major institutions, such as the National Library, National Museum, National Gallery and National Archives, have seen funding cuts, job losses and the reduction of services, the Australian War Memorial behemoth swells to hitherto unimaginable proportions,” he wrote in The Monthly magazine this month.

Since Australia became a nation in 1901, it has deployed troops to dozens of conflicts, including World Wars I and II, the Korean War and the Vietnam War. About 102,000 Australians have died while on active service.

Critics of the war memorial’s overhaul have expressed concern about the enormous cost, arguing that the memorial already successfully and respectfully chronicles Australia’s war history for the general public. The memorial opened in Canberra 80 years ago – in the midst of World War II – and includes a museum, a shrine to the fallen, and an extensive archive. It is one of the leading destinations for tourists who visit the national capital. In 2018 to 2019, its last full year of visits before the pandemic, the memorial had 881,380 visitors, including 136,799 school students.

A former director of the memorial, Mr Brendon Kelson, has warned that the revamp risked turning the memorial into a “theme park” that would appeal to enthusiasts of military hardware. He said the museum should be a “poignant tribute” to Australians who died at war, rather than a military museum.

The project’s defenders say the revamp is required because the memorial is not doing enough to recognise veterans of more recent conflicts.

“We’ve created 100,000 veterans over the last 25 years and yet we devote about 4 percent of gallery space to them,” the director of the memorial, Mr Matt Anderson, told ABC News last year.

“This is a memorial for all Australians, it’s a place that is overdue for refurbishment.”

The project has led to calls for the A$498 million to instead be used for veterans’ health services or for other cultural institutions. Mr Morrison has insisted the project will not affect spending on veterans.