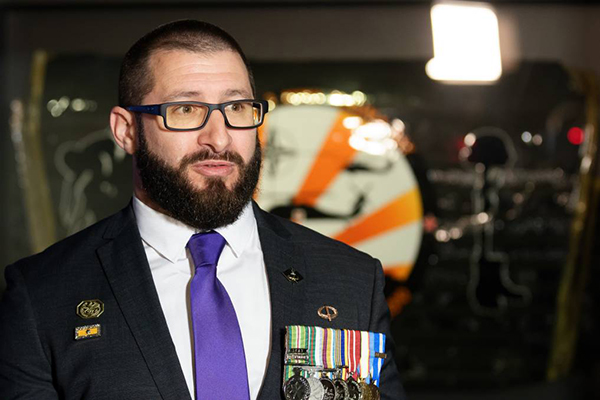 Veteran Gary Wilson stands in front of an engine cowling retrieved from a Black Hawk helicopter crash near Kandahar that he survived in June 2010. Picture: Sitthixay Ditthavong.

When Renee Wilson saw up-close a piece of the Black Hawk helicopter her husband had been on board when it crashed in Afghanistan 10 years ago, she came closer to understanding the violence he and his colleagues endured.

He suffered serious injuries in the crash and only remembered boarding the helicopter, and then waking up four months later. 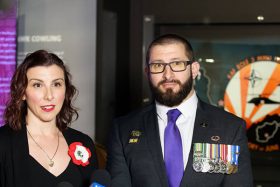 Renee and Gary Wilson were proud his story would be preserved and could reach a global audience through the 3D Treasures exhibition. Picture: Sitthixay Ditthavong.

A year later, he and Ms Wilson discovered a piece of the destroyed aircraft had been salvaged and sat in an Afghanistan trauma centre.

They started a campaign to bring the piece of history home, where it now rests in the Australian War Memorial.

“It was so significant that it was Australia’s worst mass casualty event since Vietnam,” Ms Wilson said.

“We felt it was important to be on display at the war memorial and to have that piece of the accident here with us.

“We had a welcome ceremony here at the war memorial where some of the families got to see it in real life.

“For me, it was moving because for once I understood the violence of the accident. Before that I basically had no idea.” 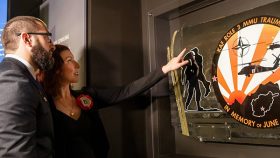 Veteran Gary Wilson and his wife Renee examine an engine cowling retrieved from the wreckage of a Black Hawk helicopter crash in Afghanistan in 2010. Picture: Sitthixay Ditthavong.

The Black Hawk helicopter engine cowling is among 25 artefacts from the Australian War Memorial’s collection which can now be viewed in a new way by an online audience.

Apt for these COVID-19 times, 3D Treasures has been in the works for a year, with high-resolution scans of each object brought together with the story behind items from Afghanistan to the Boer War.

“It’s pretty cool to know our story is going to live on, that’s not really why we join the army but that’s part of it, to know our sacrifices will be remembered, so it won’t happen again,” Lance Corporal Wilson said.

War memorial digital experience head Amanda Dennett said people could take a step closer online, zoom in and out and rotate objects to see them in detail. 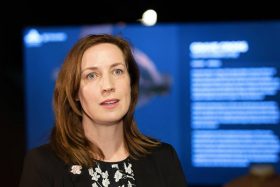 “What we try to do with 3D Treasures is present that close up view to anyone around the world who wants to look at it.”

The online experience is hoped to usher in a new audience for the war memorial, and for Lance Corporal Wilson it is a chance for his children to better understand their father’s story.

“We do have older visitors to the memorial in general but we also get a lot of school groups and I think it will be interesting for projects and classroom learning to interact with 3D Treasures,” Ms Dennett said.

“As we release 3D objects for conflicts such as Afghanistan, we tap into a new and engaged audience of veterans and their families and friends who perhaps saw them deployed overseas and serve but don’t necessarily understand their stories.”

Australian War Memorial director Matt Anderson said the project was an “attempt to remain relevant” with the benefit of reaching a global audience.

“All of us will be able to zoom in, zoom out, pick up, rotate, touch, examine and understand the stories of courage and sacrifice in one object,” he said.

Among the first 25 objects are a dress from Sister Vivian Bullwinkel in World War I, the Long Tan Cross, an artificial leg from Changi and a PASGT helmet worn in East Timor.

Another 25 objects will be added in the next 12 months.

You can see the memorial’s 3D treasures here.