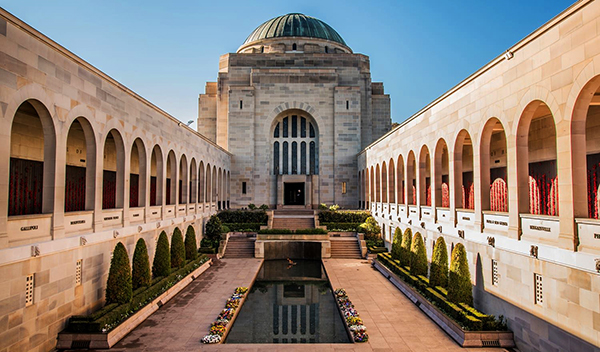 In a major milestone for the Australian War Memorial, last week the Federal Parliament supported the development project.

The Joint Parliamentary Standing Committee on Public Works (PWC) has supported the need, scope, cost, purpose, and value-for-money of the proposed work. The next step is to seek planning and design approval from the National Capital Authority. The development aims to create the space needed to honour the commitment of the 100,000 Australians who have served our country over the past 30 years; stories that must be told with the same detail, dignity and respect as those that served before them.

Mr Rick Wilson MP, Chairman of the PWC stated in his speech tabling the report: “The Memorial is an institution of international standing, one of the most significant memorials of its type and the Australian community clearly holds it as one of the country’s premier cultural institutions. The War Memorial identified that the need for these works arose largely due to a lack of space to commemorate modern conflicts. In terms of the project before the committee, the report recommends that it is expedient works be carried out.”

Australian War Memorial Director Matt Anderson said Federal Parliament’s bi-partisan support, was welcome news to the Memorial, but most importantly, to the 100,000 contemporary veterans who served Australia in conflicts over the past 30 years.

“Parliamentary support has put our veterans who served in contemporary operations one day closer to being able to visit their Memorial and receive the recognition they deserve. They will soon be able to share their stories of service and sacrifice with their loved ones and the wider Australian community.

Right now, ADF personnel are on deployment around the globe. They deserve to be able to come to the Memorial and see their contemporary experience reflected in equal standing with those who served before them,” Mr Anderson said.

“Importantly, the heart of the Memorial, the commemorative area will remain unchanged. Visitors will continue to be able to visit the First and Second World War galleries, the Tomb of the Unknown Australian Soldier, Roll of Honour and to participate in the daily Last Post Ceremony,” Mr Anderson concluded.

The Memorial will now progress submissions to the National Capital Authority (NCA) which will review the building designs, precinct landscaping and consult with Canberra residents regarding project feedback and provide direction for any necessary amendments to the plans.

The Memorial has engaged with the NCA on preliminary designs and other matters for more than a year.

The Memorial has been granted several NCA approvals for the enabling works mentioned earlier and will continue to consult proactively with the NCA. It is common practice for planning authorities, including the NCA, to provide early approvals of this nature to enable related projects to commence while they continue to evaluate approvals for the main building works.

The next major step for the Memorial will be to make submissions for the NCA approvals along with a progressive release of tenders for the major construction activities associated with the development project.

The release of a request for tender documents for Early Works packages in parallel with NCA approvals is not uncommon, and tender documentation clearly notes that all works remain subject to NCA works approvals being granted, and may be cancelled or adjusted as necessary in line with the NCA assessment outcomes.