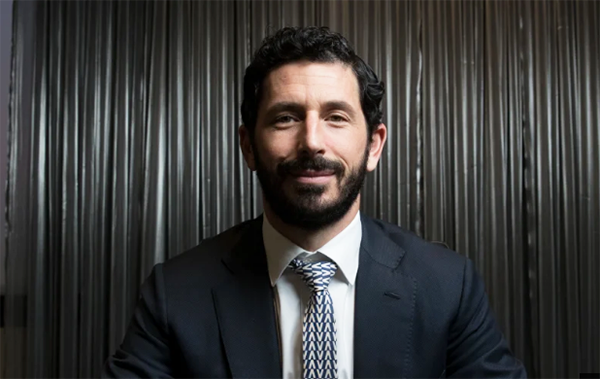 Samantha Hutchinson and Stephen Brook, Ryan Stokes might be mates with the Treasurer but his dad did better in the budget, The Sydney Morning Herald, 7 October 2020

Seven West Media chairman Kerry Stokes can certainly claim to be a budget winner. The Australian War Memorial, which he chairs, emerged as one of the biggest winners on budget night, securing a $52 million funding boost for the coming financial year, to $117 million.

The Canberra museum will receive another $102 million in the year after that, and another $85 million in 2023-2024, a substantial bump on the government’s current capital works contribution of $65 million a year. The memorial is also nearing the sod-turning on an ambitious – and contentious – $500 million revamp, which Stokes has personally guaranteed will not go over budget.

It’s just too bad Stokes’ son, Seven Group chief executive Ryan Stokes, didn’t enjoy the same luck. Young Stokes also chairs the National Gallery of Australia, which had $5 million trimmed from its expense budget for next year, and did not receive any substantial increase over the next three years.

And the guy is meant to be BFFs with the Treasurer! Josh Frydenberg was Stokes’s best man when he married Queensland heiress Claire Campbell in 2016. And, last budget, Stokes created a spectacle by travelling to Canberra with Sydney bar tsar Justin Hemmes and Aussie Home Loans executive James Symond to watch their mate, the Treasurer, on his big day.

NGA director Nick Mitzevich said the gallery was actually strongly supported. The budget figures didn’t take into account two multi-million dollar COVID payments, nor corporate sponsorship deals, or deep philanthropic support. The gallery also received a $60 million cash boost from the government in early 2019 which adds $14 million each year to its acquisition fund. It also scored about $7 million to add to its maintenance pool at the same time. “It’s clear we’ve taken an enormous hit and we’re trying to calibrate what it might look like,” Mitzevich said of COVID. “The top-ups we received last and this financial year will see us through to June 30. After that the future is unpredictable, but we’re working really hard and optimistic.” 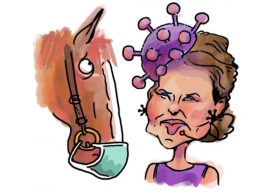 Channel Ten says this year’s Melbourne Cup, despite the absence of pretty much everything at Flemington bar the horses, will still be “event television at its finest”.

But the carnival is set to be less of an occasion now that racing presenter Francesca Cumani, the glamorous but authoritative centrepiece of Ten’s coverage, will be 17,000km from Flemington when the starting gates are flung open on November 3. Damn you, coronavirus.

“Due to the current COVID-19 travel restrictions, Francesca is unable to make it to Melbourne this year,” says Adam Cush, the network’s director of sport production.

“Francesca remains a very important part of the 10 Sport team and we will cross to her in the UK for her expert insights across the 2020 Melbourne Cup Carnival. We look forward to having her back in Melbourne in 2021”.

The news must be especially painful for Ten given that Cumani, last year’s co-host, is said to command a huge salary, which one industry source put at $500,000. A nice earner for four days’ work.

Two years ago Ten paid the Victorian Racing Club $100 million to poach the Cup from Seven in a five-year deal. It broadcast the Carnival in 2019 for the first time since 2001.

Last month the network announced that former state-­level dressage competitor, Gorgi Coghlan, and sports presenter Stephen Quartermain, who joined Ten in 1984, would co-host this year. Cumani was listed as “covering all the action from the Mounting Yard and beyond” , along with ­Michael Felgate, Brittany Taylor and Annie Kearney.

Something seems to have gone awry since then. Companies attempting to get personnel into Australia can have a devil of a time, given international flights are frequently cancelled and rescheduled. And many companies have found it difficult to get staff priority status from the Department of Immigration. It looks like while the Cup is still “the race that stops the nation”, it falls short of commanding essential worker status.

The NSW Liberals took a 21st-century approach to its annual Bradfield Forum budget night fundraiser on Tuesday when the Prime Minister, Treasurer and other Canberra-based MPs made cameos at the function via video link. That’s one way to make friends. Down south, they have a slightly different approach.

Victorian Premier Daniel Andrews gave Melbourne’s movers and shakers a real-time demonstration of his nerves of steel on Wednesday afternoon, when he arrived 17 minutes late for a high-powered Zoom briefing.

It’s unquestionable that the Premier has a lot on his plate. But it’s not often that a billionaire-packed room – sorry, Zoom call – is left waiting.

The Premier was scheduled to give a private briefing to more than 100 members of the Australian-Israel Chamber of Commerce from around the country, with a welcome scheduled to be delivered by Visy boss Anthony Pratt, who is also Australia’s wealthiest man. The event was scheduled for July 1 but pandemic concerns got in the way. A make-up briefing for the group – which included Crown Resorts chief executive Ken Barton, media buyer Harold Mitchell and Seek chief executive Paul Bassat, lawyer Mark Leibler, businessman Solomon Lew – was then scheduled for October 1. But that was cancelled with an hour’s notice. At that time attendees were told the Premier had set aside an hour for the briefing at 5pm on Wednesday. But at 5.16pm, they were still waiting.