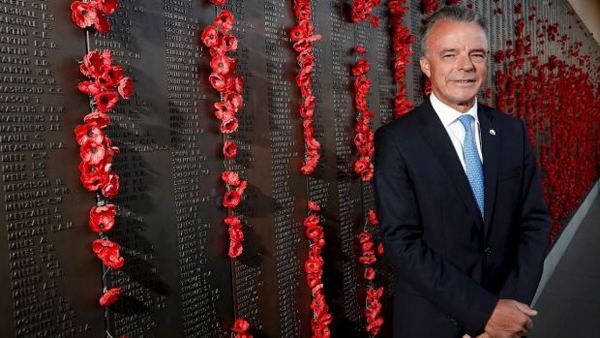 Poor quality storage facilities and planned large-scale acquisitions to the collection of the Australian War Memorial will see a new $16.1 million facility built at Mitchell.

Federal Parliament is considering plans by the memorial to build a new single level 6000 square metre large technology objects repository at its existing site, between Flemington Road and Vicars Street.

The facility is set to become home to military aircraft, battle tanks and troop movement vehicles used in conflict zones and will feature temperature and humidity controls and solar power supply.

Currently the memorial faces a storage deficit of nearly 2000 square metres, with the new facility expected to assist during redevelopment plains for the main memorial site in Campbell.

Work for the project and the demolition of a leaking shed is expected to begin early next year and be completed before the end of 2018.

In a submission to the Public Works Committee, the memorial said expected aquisitions before 2020 will include a FA18 Classic Hornet fighter-bomber, an AS350 Squirrel helicopter, a Seahawk helicopter and a heavy recovery vehicle.

“There is a requirement for increased collections storage now,” the submission said.

“There are collections being stored in sub-standard conditions and there is a significant planned handover of objects from the Department of Defence which will create immediate pressure for expansion of the Memorial’s storage capacity.

“Some large technology items are stored in inadequate sheds. Whilst the storage is not suitable it is superior to being exposed to the elements without any protection. Based on the current deficit of capacity and the known need for the additional capacity in the near future it is essential that a new facility is constructed as soon as possible.”

Representatives of the memorial will work with the ACT government’s Canberra Metro light rail authority as planning for the nearby tram line continues. Overhead wires for power supply will create a barrier to the movement of collection items into the new facility.

Last month, the memorial said it planned to add 5000 square metres of exhibition space within a decade, including through an expansion under the landmark’s historic forecourt.