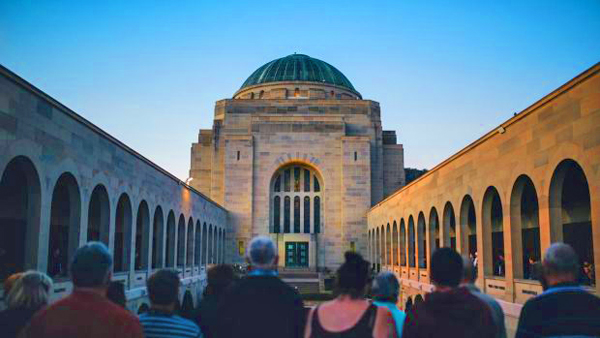 The Australian War Memorial is looking for contractors to design a master plan as it pushes ahead with a massive expansion of floor space to stop its exhibitions getting crammed into areas once kept for storage.

Projecting it will have 200,000 more yearly visitors in 12 years’ time, the landmark says it has reached capacity and the resulting squeeze has detracted from its “commemorative narrative”.

Spaces designed originally to house staff and for storage have become home to exhibitions on more recent conflicts, peacekeeping and humanitarian operations, the memorial said.

“As a consequence, many spaces are fragmented and floor levels are inconsistent,” it told businesses considering a bid to create the master plan.

“This is particularly evident on the lower ground level, which comprises many small spaces that are poorly linked, and do not provide adequate exhibition space to present contemporary stories using the artefacts of those experiences.”

It received $5 million in funding under the 2017-18 federal budget to plan for an expansion under its historic forecourt.

A war memorial spokesman said it started planning two years ago for how it could appropriately tell the stories of Australia’s military history in the future.

“This is especially the case for contemporary operations and those ongoing,” he said.

Acting director Tim Sullivan said in May the initial business case for the expansion of exhibition areas would see better use of some existing areas and storage facilities as well as planning for Afghanistan and Iraq war galleries, set to showcase military equipment including a Chinook helicopter, a Seahawk aircraft and two F/A18s.

The plan – likely to include development over more than six or seven years – would also allow enhanced visitor amenity and facilities for school visits and new reflection areas for families of Australia’s war dead.

The new master plan will replace another drawn in 1995, before the memorial added Anzac Hall, reclaimed onsite visitor research facilities, and made piecemeal additions to its exhibition space.

“Further additions are now no longer feasible, and an expansion program through a site-wide redevelopment is warranted,” it said.

“This will enable adequate capacity to properly present the stories of Australia’s experience of war since the 1970s and provide an appropriate balance of representation to all conflicts and peacekeeping operations in which Australia has been involved.”

The master plan is needed by the end of 2018 and will shape a business case for the memorial’s redevelopment to be considered by the federal government.

A final business case will include a concept design, timeline and will outline the impact on the memorial.

“Suffice it to say, however, the traditional external facade and aesthetics of the building will remain unaltered in accordance with this significant and iconic heritage building,” the memorial’s spokesman said.