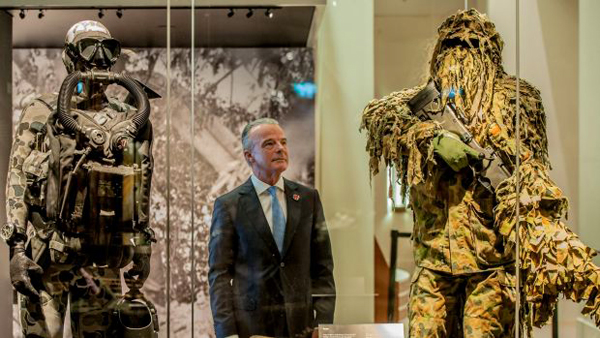 Plans for a massive redevelopment of the Australian War Memorial are progressing and could cost in the order of $500 million, according to memorial director Dr Brendan Nelson.

The War Memorial is currently putting together a detailed business case to present to the federal government to secure funding. It is understood the War Memorial hopes to have the development included in next year’s budget.

While Dr Nelson admitted “there’s a lot of ‘if’s’ in all this” he said the project had received strong support from both sides of politics.

The ABC originally reported the redevelopment could cost $500 million and while Dr Nelson said the exact figure would not be known until the business case was completed, he said it could conceivably reach that mark.

“I would expect it would be in that vicinity,” Dr Nelson said.

“But if it were that sum of money you would be looking at a seven to eight year investment.

“I might add, for example, our defence budget is in excess of $33 billion a year, so that’s the context.”

Dr Nelson said the government would continue to send military forces overseas and the War Memorial was a crucial part of “completing the loop” on a emotional and psychological level.

“The Australian War Memorial is a lot more than bricks and mortar and artefacts,” he said.

“It is an extremely important part of the therapeutic milieu for these men and women coming back to a country that has no idea what they’ve done and the impact it has had on them.

“I’ve particularly learned from the Vietnam experience it is important to tell the stories and tell them now. We tell them broadly and deeply and we don’t wait a decade.”

Dr Nelson also confirmed the War Memorial would not close during the construction should it be approved but there would be years of disruption. He said it would have to operate around any works and would continue to send items from itscollection around Australia to other institutions.

The majority of the works would take place underground and Dr Nelson assured that, “if you stood on Anzac Parade and looked towards the War Memorial it’ll look just like it does now, you cannot touch the facade.”

In addition to further exhibition space the War Memorial intends to include another administration area, an area for veterans welfare services and create further education capabilities.

“We have people that break down in our galleries, people who become extremely emotional,” he said.

“We need an area, a private area, where people can quietly reflect.”

Dr Nelson said there would be an opportunity for the public to provide input into the project and estimated public consultation would begin in late May or June.