You are here: Home » Articles filed under: 'News' » Article: 'AWM reviews use of Remembrance Nature Park' 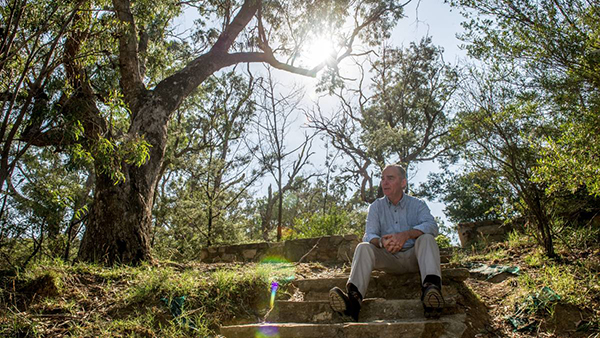 Richard Thwaites in Remembrance Nature Park, which his parents campaigned to create in 1977-78. Picture: Karleen Minney.

The Australian War Memorial has ditched plans to build a construction compound and permanent parking spaces on the popular park leading to Mount Ainslie.

A proposal to host buildings for contractors at Remembrance Nature Park during the memorial’s $498 million expansion has been abandoned five months after director Brendan Nelson revealed the plan. 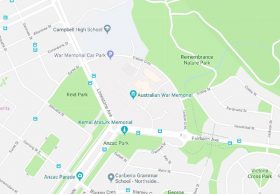 The Australian War Memorial proposed to acquire land behind Treloar Crescent for construction workers to use, and eventually, a car park. Picture: Google Maps.

The build, which would have created 120 permanent parking spots at the gateway to Mount Ainslie’s walking track, met swift resistance from advocates who feared it would undermine the park’s symbolic link to the memorial.

Despite receiving initial ACT government support, the memorial on Monday said it would not use Remembrance Nature Park for contractor parking and buildings, nor a permanent car park for visitors.

The development of a Poppy’s cafe underground car park extension superseded the plan to use Remembrance Nature Park, a spokesman said.

“Contractor facilities will be located on memorial grounds,” he said.

When asked about plans to use the nature park for temporary buildings and a permanent car park, the war memorial last month said all early works would “currently” be within its own site.

The memorial on Monday confirmed it had binned the plan to build on the nature park, and new permanent parking spaces will instead be created in an extension to the underground car park to the east of Poppy’s cafe.

More than 110 temporary parking spaces once considered for Remembrance Nature Park will now be located on top of the extended permanent parking structure to the east of the cafe.

The about-face will keep all temporary parking and buildings, and new permanent car parks, within the memorial’s grounds.

He said the war memorial should clarify what it meant, and where the footprint of its nine-year expansion works would still fall.

“Until they say ‘we see that the nature park has its own function and role, which is complementary to the war memorial and not to be subsumed by it’, then the issue is still alive,” Mr Thwaites said.

Dr Nelson told senators at an estimates hearing in February the memorial wanted to begin works on temporary buildings for construction teams in Remembrance Nature Park late this year.

ACT government City Services Minister Chris Steel told Dr Nelson in a May letter he was “supportive” of the proposal, and also gave early positive signs about the memorial’s plans for permanent parking spots at the nature park.

An ACT government spokeswoman on Monday said it was pleased the memorial had been able to accommodate the need for more parking in another location, within its existing footprint.

“As outlined in the minister’s letter to Dr Nelson, proposals such as this new car park from the AWM would have needed to satisfy environmental and heritage concerns to be progressed,” she said.

The ACT government, which owns the land at Remembrance Nature Park, was yet to licence the war memorial to build there.

The park opened to commemorate the 60th anniversary of armistice, and to symbolise the peace and freedom Australians had defended.