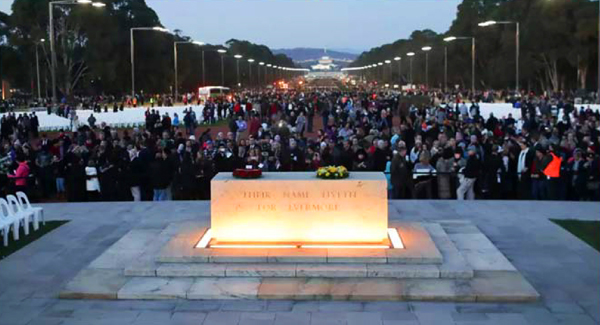 The national president of the Returned and Services League has backed the Australian War Memorial after it was criticised for being more entertainment than commemoration.

“RSL National is fully supportive of Dr Brendan Nelson and the Board of the AWM,” RSL president Robert Dick said.

The memorial’s interactive exhibitions and private sponsorship from weapons companies have been slammed by the Medical Association for the Prevention of War, which founded Nobel Peace prize winners the International Campaign Against Nuclear Weapons.

“We do not support the notion that the exhibitions are entertainment,” Mr Dick said.

“As a frequent visitor to the AWM I have had many discussions with people across a range of age groups and differing cultural backgrounds, where all have passed positive comments on the value, impact and relevance on the exhibitions and the way in which they convey the message to the visitor.”

Criticisms of the War Memorial’s sponsorship by weapons manufacturers and the slated $500 million expansion have been continued by former director Brendon Kelson, who was in charge of the memorial in the early 1990s.

“This is just another aspect of the lobbying of government and it costs them peanuts in truth, compared to all the other work they do, to be seen as good boys backing an institution of that kind,” Mr Kelson said.

“It amounts to an institutional loss of moral compass,” he said in his own submission to the federal inquiry into Canberra’s national institutions.

Mr Kelson is broadly supportive of the way the War Memorial has changed in the past 20 years, and said that its current director Brendan Nelson had had an an enormous impact for the good of the organisation.  While he did not share concerns that the memorial had already become too much about entertainment, Mr Kelson held serious reservations about the prospect of the $500 million expansion proposed for the memorial.

“That gets right to the heart of the matter as far as I’m concerned when it comes to commemoration. When we brought back the unknown soldier that changed and enhanced the whole remembrance aspect of that national institution, there’s no question about it,” he said.

The expansion, which would hold military helicopters and jet fighters, would “throw it into the realm of of being more a museum of military technology,” which is not what the institution is about.