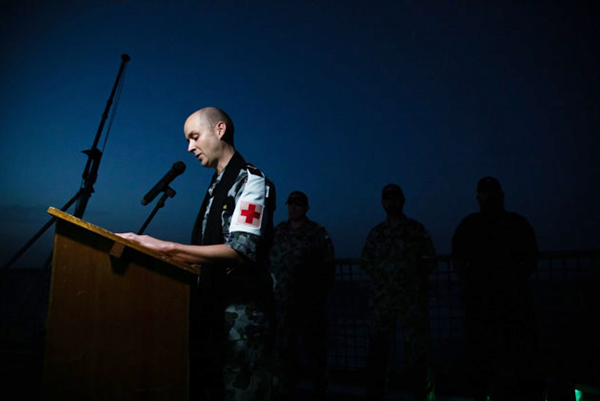 The Australian War Memorial will go ahead with a private, nationally televised Anzac Day commemorative service on 25 April 2020. The traditional Dawn Service, National Ceremony and veterans’ march will not take place.

This revised ceremony will be held in the Commemorative Area and Hall of Memory of the Memorial at 5.30 am on Anzac Day.

An assessment was made by the Memorial Executive and Council and the decision taken in conjunction with the RSL (ACT Branch). The event will not be open to the public but will be broadcast live across Australia by the ABC and streamed online.

Acting Memorial Director Anne Bennie said the Memorial is committed to providing an opportunity for Australians to commemorate Anzac Day through the televised ceremony.

“Anzac Day is a symbolic day for Australians and New Zealanders, with the Australian War Memorial being the centre of Australia’s national commemoration.

“In light of the COVID-19 pandemic, it is critical that Anzac Day commemorations adhere to government advice on gatherings of large groups. The Memorial Council has approved a revised commemorative ceremony format, to be held within the heart of the Memorial,” Bennie said.

President of the ACT Branch of the Returned and Services League, John King, said we have an obligation to look after the safety of the veteran and wider communities.

“In these exceptional circumstances, the RSL feels the course of action decided by the Australian War Memorial is the most appropriate way to mark Anzac Day, with due consideration for public safety,” Mr King said.

It’s anticipated the event will be attended by dignitaries representing the Commonwealth of Australia, the people of NZ, and current and former serving veterans.

Full details are being finalised, however the televised ceremony will retain a number of traditional elements. The ceremony will provide an opportunity for Australians to safely pause in their homes.

A revised format of the Last Post Ceremony will take place at the end of Anzac Day.