You are here: Home » Articles filed under: 'News' » Article: 'AWM unveils The Courage for Peace'

AWM unveils The Courage for Peace 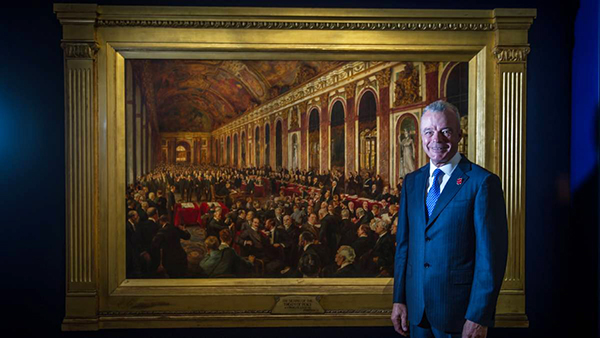 While the Australian War Memorial devotes a majority of its space to honouring the work of Australians serving in conflict, its director says the work of those aiming to prevent conflict overseas hasn’t been given as much of that same recognition in the past.

“It doesn’t do justice to what 40,000 Australians have done in peacekeeping.”

A new exhibition, launched at the memorial on Thursday, is hoping to change that.

The Courage for Peace aims to tell the story of Australian peacekeeping efforts around the world across the decades, from Rwanda to Cambodia, East Timor to the Solomon Islands.

Dr Nelson said the idea for the exhibition came four years ago, following a suggestion by a visitor to the memorial.

“They said why don’t we tell the story of what Australia does to stop war in the first place,” Dr Nelson said. “As Australians, we are at our very best when we do everything we can to prevent conflict and make peace, and participation in war is evidence of failure of political leadership around the world.”

Large parts of the exhibition have been sourced from the memorial’s own collection, along with items loaned from the National Museum of Australia and the AFP museum. 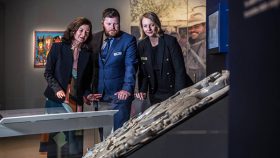 Upon entering the exhibition, visitors will first see a shattered window from the Australian embassy in Indonesia, damaged during a car bombing in 2004.

Australian ambassador to Indonesia at the time, David Ritchie, narrowly avoided being killed after a steel fence spike flew through the window as a result of the blast, its impact still visible on the bullet-proof glass.

Other items include items and uniforms used in Australian peacekeeping efforts, such as a letter handwritten by John Howard to the president of East Timor in 1998, suggesting ways forward ahead of their independence referendum.

Senior curator at the memorial, Melissa Cadden, said it took two years to get the exhibition together.

“The exhibition will bring to the public a greater awareness of efforts of peacekeepers and diplomats and Australian citizens deployed to these countries to restore order and protect the peace,” she said.

“It shows that peacekeeping is difficult, how they’re deployed to situations in great peril and often they’re unarmed, and how their service has had a great impact.”

Dr Nelson said the exhibition represented an opportunity for the work of peacekeepers in more than 60 missions overseas to be recognised by a wider audience.

“What’s really important is that for these Australian men and women, they need to know what they do and what they have done counts and that our country knows and cares about it,” he said.

“Having stories told at the Australian War Memorial is a powerful way of saying to these people that we value what you have done for us.”

The memorial’s director said the work of Australian peacekeepers would be expanded as part of a permanent display following the War Memorial’s almost $500 million expansion.

The Courage for Peace will be on display in the special exhibitions gallery of the memorial until late 2020.