You are here: Home » Articles filed under: 'News' » Article: 'AWM urged not to renew BAE sponsorship' 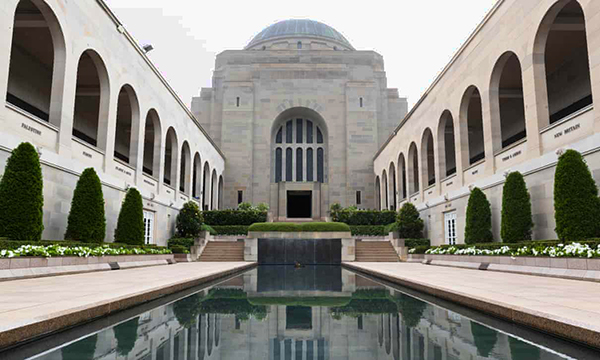 Anti-war campaigners are urging the Australian War Memorial not to strike a new sponsorship arrangement with BAE Systems when its longstanding partnership with the arms company expires in coming weeks.

On 13 June 2013 the memorial struck a seven-year partnership deal with BAE, a British multinational that manufactures arms and defence technology.

The company has been a major supporter of the memorial, and has been rewarded with naming rights over the AWM’s conferencing facilities, named the BAE Systems theatre.

The AWM would not say whether it planned to renew or extend the arrangement when asked by Guardian Australia.

“The Australian War Memorial highly values its continued partnership and association with BAE Systems Australia,” a spokesman said. “We encourage those who support the memorial’s purpose, mission and vision to become donors and partners in this shared endeavour.”

BAE Systems said no new agreements for future sponsorship were in place “at this stage”. But the company said it was proud of its “long-term support” of the memorial.

“It plays a central role in recognising the commitment made by Australia’s service men and women to our national security,” a spokeswoman said.

Brendan Nelson, a former AWM director and Liberal leader, prompted controversy during his tenure for allowing arms manufacturers to sponsor the memorial for Australia’s war dead.

Nelson – who took a role with the arms manufacturer Thales during his directorship and a job with Boeing after his departure – said weapons companies had a responsibility in helping to tell the story of “what is being done in the name of our country”.

The president of the Medical Association for Prevention of War, Sue Wareham, urged the memorial not to renew the partnership agreement with BAE.

“It is a huge conflict of interests that commercialises the memory of our war dead,” she told Guardian Australia. “Having BAE’s name outside the AWM theatre is an abuse of the memorial for corporate promotion, and totally contrary to the statements of former AWM director Brendan Nelson that the companies did not have naming rights.”

BAE is one of the world’s largest arms manufacturers. It is thought to be one of the main suppliers of military aircraft to the Saudi-led Coalition waging war in Yemen, and is estimated to have sold £15bn worth of arms and services to the Saudi military between 2015 and 2019.

That period covers Saudi Arabia’s involvement in the bombing campaign in Yemen. The estimates suggest BAE generated £2.5bn in revenues from the Saudi military during the whole of 2019.

The war has led to a humanitarian catastrophe, which the UN has described as the worst in the world.

“When our troops go to war they need to be equipped, but the companies that do so already have their rewards, measured in tens of billions of dollars,” Wareham said.

“Our war veterans however pay with their lives. To conflate the two is deeply offensive. There is no place for vested interests in a war memorial.”