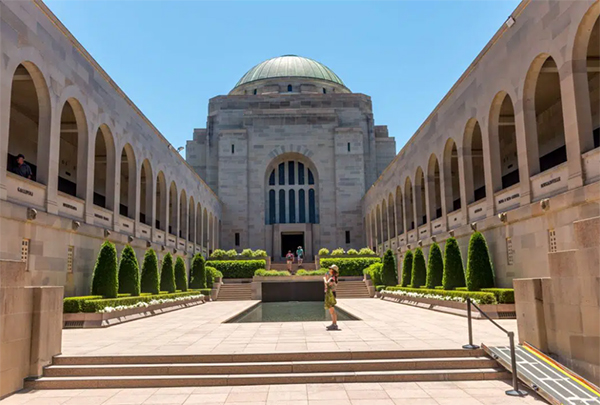 For the first time since the pandemic was declared in March 2020, the Australian War Memorial will this year welcome a full Veterans’ March on Anzac Day, Monday 25 April, the 107th anniversary of the landings at Gallipoli. File image.

This year for the first time since 2019, the Australian War Memorial will welcome a full Veterans’ March on Anzac Day, Monday 25 April, the 107th anniversary of the landings at Gallipoli.

Australian War Memorial director Matt Anderson said the Memorial has been working closely with the ACT Branch of the Returned and Services League of Australia (RSL), which coordinates the march.

“Anzac Day is our most important day; we are pleased to have the opportunity to welcome back veterans to participate in this year’s march. The march provides a moment to pause and reflect on how our defence force personnel have upheld the values and the legacy created on 25 April 1915,” Mr Anderson said.

“We owe an enormous debt to all who have served our nation, and those who have given their lives in defence of Australia.”

With development works underway on the Memorial’s parade ground, veterans will march past the Stone of Remembrance, which has been temporarily moved to the western side of the Memorial’s grounds.

President of the ACT Branch of the RSL, John King, said that due to the pandemic, the RSL has not been able to deliver the march in recent years.

“We are pleased to be organising a full march this year. The Anzac Day march is important for all veterans, a chance for mates to catch up and reconnect. I encourage every veteran in the ACT and surrounding districts to get in touch with us and join in this year’s marching contingent,” Mr King said.

Veterans wishing to participate in the ACT RSL Veterans’ March can register online via actrsl.org.au.