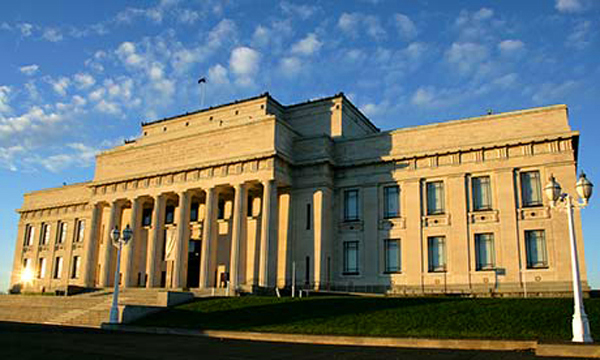 Tāmaki Paenga Hira Auckland War Memorial Museum has taken another step towards realising its ambitious Five-Year Strategy, with the appointment of two key roles to its Executive Team.

New Director of Transformation and Development, Brad Clark, and Director of Finance and Enterprise, Jignasha Patel, bring with them an enviable combined portfolio of corporate and charitable experience.

“The Museum has long been an employer of choice for those living and working in Auckland, and that is evident in that we have been able to attract candidates of Brad and Jignasha’s calibre,” says Dr Gaimster.

“Brad has demonstrated success in the transformation and development fields, where he has more than 15 years’ experience. His passion to bring together business and the community to deliver transformational change for New Zealand, aligns well with our strategy.”

“Jignasha brings great experience and knowledge to our commercial development and financial management capability – critical features of our Five-Year Strategy. Like so many people, Jignasha is representative of those who desire to bring strong entrepreneurial skills and insight from the corporate world to a cultural and social enterprise, where they can make a major difference.”

Mr Clark comes to the Museum following more than seven years as Chief Executive of Starship Foundation, where he played an integral role in leading his team to raise funds for several multi-million dollar capital projects.

Canadian by birth and a naturalised New Zealander, Mr Clark is inspired to be part of the Museum’s future vision. He has a strong track record in fundraising innovation, philanthropic campaigning and donor cultivation.

“I see great opportunity to build funding streams for our capital and building projects, and I believe there is huge scope to attract new and bigger audiences, unearth new discoveries and deliver them in different ways for our visitors,” says Mr Clark.

Ms Patel has a track record of achievement as a leader in the corporate and consulting world, having previously been General Manager of Air New Zealand Aviation Institute and Air New Zealand Cargo.

She is currently a Board trustee for COMET, an Auckland Council CCO focussed on advancing education for Auckland. She also holds a number of governance roles with organisations such as ServiceIQ and National Council of Women New Zealand.

Ms Patel is excited to join the Museum where she will bring her passion for connecting with people and cultures.

“The Museum is a cultural icon that puts real credence into representing and reflecting people of all backgrounds and cultures and providing a cultural home for all Aucklanders,” she says.