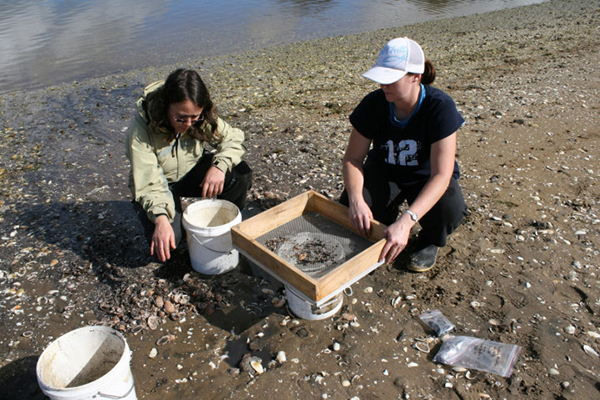 The three-year research programme aims to document variation in the marine radiocarbon signal (also known as 14C) using marine shells from Māori archaeological sites. A ‘Southern Pacific Calibration Curve’ will be constructed to convert measured radiocarbon years to calendar years to give greater precision in the timing of major events and phases in Māori history, including arrival in Aotearoa, changes in economy and changes in material culture.

Dr Louise Furey, Curator Archaeology at Auckland Museum says, “The project has been a long time coming and will make a significant contribution to reinterpreting our understanding of Māori past using archaeology. We rely heavily on radiocarbon dates to interpret the results from archaeological sites and place them in the context of 500 years of Māori history prior to arrival of Europeans. The refinement of age will also allow a sharper focus for Māori histories and whakapapa and alignment with archaeological results.”

Changes in 14C over time reflect climate change and this research aims to refine radiocarbon dating in Aotearoa through measuring the radiocarbon levels in marine shells from Māori middens (or rubbish heaps) compared to the 14C from charcoal and land-based bird bones from the same occupation layer.

The 1300s to 1500s was a critical period with the onset of the ‘Little Ice Age’ and environmental change which affected Māori settlement, the ability to garden in some areas and access to other food resources. Collections in Auckland Museum from this period will play a large part in the dating project.

Radiocarbon (14C) is an isotope of carbon naturally found in all plants and animals. After death, radiocarbon very gradually decays away, and the amount left can be used to estimate the age of the animal or plant remains. This project goes beyond conventional radiocarbon methodologies by combining archaeological materials from the land and sea, enabling the team to observe more linkages between people and environmental changes.