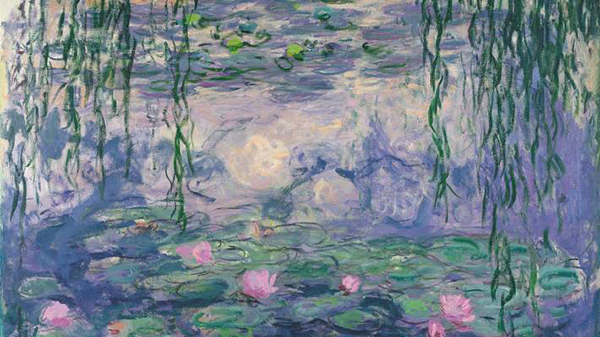 Auckland Art Gallery has had to postpone an exhibition of French painter Claude Monet’s work. Supplied.

Five major art exhibitions featuring the likes of Pablo Picasso, Claude Monet and Salvador Dalí have been shelved because of coronavirus travel restrictions.

Auckland War Memorial Museum, Te Papa and the Auckland Art Gallery have all been forced to postpone shows.

Auckland Art Gallery director Kristin Paisley said the restrictions have made it difficult to transport valuable pieces, which have to travel with curators. 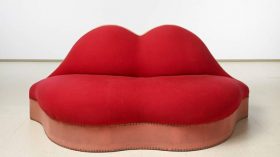 Mae West Lips Sofa by Salvador Dalí was to be the largest piece in a Te Papa exhibition scheduled for the end of 2020.

“The requirements of a lending institution is that the works have to be personally couriered by their staff who travel on the planes with the cargo, supervise any layovers in airports, and arrive with the art work,” she said.

“For that to take place now, firstly there’re no flights you can book, and secondly you’d have to go into quarantine for two weeks before you can begin installation, so the loan period gets enormous pressure on it.” 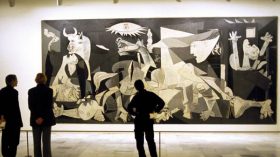 Auckland Art Gallery was to host an exhibition of the works of Cubist artist Pablo Picasso. This photo shows one of his most famous works, Guernica, at the Reina Sofia museum in Madrid, Spain.

Auckland Art Gallery has had to postpone three major art shows, including one on the works of Picasso, an exhibition on 19th-century French painter Claude Monet, and contemporary art from the Italian museum Fondazione Prada.

Praisley said she wanted to find ways of working around the limitations.

“We’ve been looking at other kinds of artworks that don’t have major crating and courier requirements associated with them,” she said. 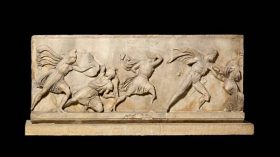 A collection of Ancient Greek artefacts from the British Museum was to be displayed at Auckland War Memorial Museum.

In the meantime, Auckland Art Gallery has extended the exhibitions Civilisation, Photography, Now to October 18 and Enchanted Worlds: Hokusai, Hiroshige and the Art of Edo Japan to August 16. 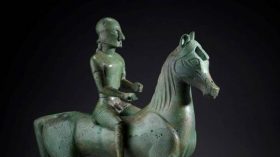 Ancient Greeks: Athletes, Warriors and Heroes will feature artefacts including helmets, sculptures and armour. It has been delayed until 2022.

Auckland War Memorial Museum is also impacted and has been forced to push back its exhibition on Ancient Greek artefacts from the British Museum to mid-2022. 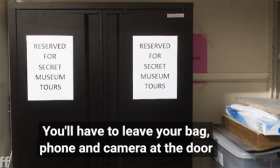 A new tour goes behind the scenes at the museum for the first time.

“We remain committed to the importance of international special exhibitions in bringing the world to Auckland,’ she said.

“We continue to work with international partners on an exciting range of exhibitions for our domestic market and look forward to announcing these in upcoming weeks.”

Te Papa in Wellington has been forced to postpone its summer exhibition Dalí and the Surrealists, a series of 180 major works from the Museum Boijmans Van Beuningen in Rotterdam. 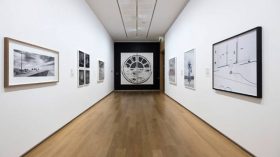 Auckland Art Gallery has extended some of its current exhibitions to make up for three major shows that have been postponed. Civilisation, Photography, Now will now run until October 18.

The exhibition explores Surrealist art, a style associated with the socialist movements of the early 20th century.

The exhibition was originally slated to launch in December.

It has now been pushed back until June 2021. 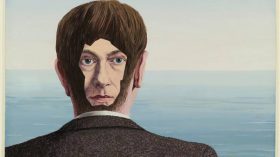 The House of Glass (1939) by René Magritte, a well-known Surrealist artist.

Charlotte Davy, the museum’s head of art, said she was grateful the exhibition would still appear in New Zealand.

“We think New Zealand audiences are going to grab the opportunity to see the best of the world’s surrealist art, right here in their backyard,” she said.

“Visitors will be struck by the power of Surrealist ideas which are still incredibly relevant today – both politically and as an influence on contemporary artists.”