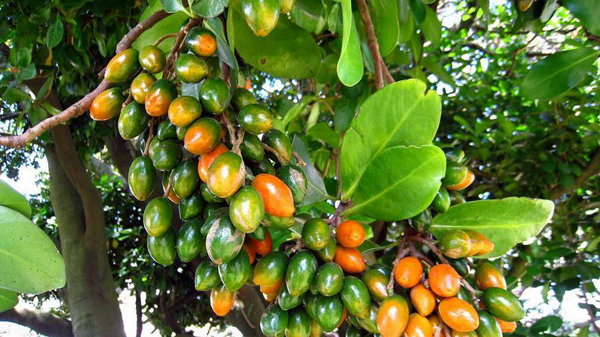 Leaves collected during Captain Cook’s first voyage to New Zealand, nearly 250 years ago, have helped scientists measure an increase in carbon dioxide in our atmosphere.

The researchers, at Unitec Institute of Technology, have compared historic samples of karaka with leaves today to investigate any change in density of microscopic pores, called stomata.

Links have been shown between the levels of CO2 in the surrounding atmosphere and the density of stomata on certain plants, and the historic specimens provided a unique opportunity to see what plants were like before the rise in atmospheric CO2 levels.

Stomata regulated the intake or release of CO2, oxygen and water vapour.

Plants required carbon dioxide for photosynthesis — the process by which they make food — and were known to decrease the number of pores in response to higher amounts of CO2.

With Cook on his first voyage to the South Pacific, during 1769-1770, were famed botanists Sir Joseph Banks and Dr Daniel Solander, who gathered samples as they travelled.

Sent to the British Museum in 1828, samples of about 313 species are today held at Auckland War Memorial Museum and Te Papa.

Researchers had to develop a new technique to cast the extremely fragile specimens to avoid causing damage.

A solution of agarose gel extracted from seaweed was applied to the samples then peeled away, taking an imprint of the surface.

Of the hundreds of samples collected by Banks and Solander, Unitec researchers found leaves from the karaka tree were the most suitable, having remained intact and with good-sized leaves that clearly showed the stomata.

Samples from the tree had been taken from six of the seven landing sites on the first tour of New Zealand — three from the East Cape, and the remaining three from Coromandel Peninsula, Bay of Islands, and Queen Charlotte Sound.

These were compared with specimens taken in Northland in 1867 and Auckland in 1894, and with modern samples in herbaria and collected by the researchers.

The samples showed little variation between the 18th- to 19th-century samples, but when the modern samples were analysed they showed a decrease in stomatal density of up to 53 per cent.

This corresponded with an increase in atmospheric CO2 over that time.

“However, this has been a unique opportunity to look at some of the oldest herbarium specimens collected in the Southern Hemisphere,” Large said.

“These precious plants which survived the long voyage aboard HMS Endeavour in returning to the United Kingdom, provide us with a unique record of the New Zealand environment before the rise in atmospheric CO2 levels.”