You are here: Home » Articles filed under: 'News' » Article: 'AWM’s Anzac Hall closes in prep – but' 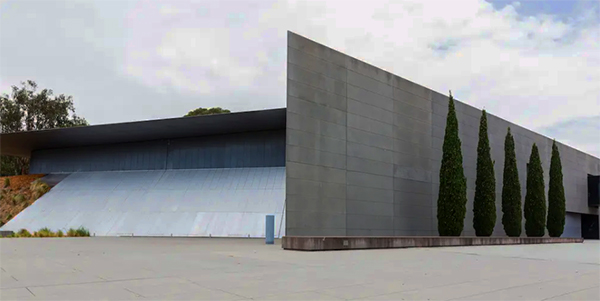 Anzac Hall could soon be demolished, after an application was lodged with the NCA on 12 March to approve early works to replace the Australian War Memorial’s exhibition space. File image

Over the next three months, the collection items – including the popular “G for George” Avro Lancaster bomber and the Japanese midget submarine that raided Sydney in WWII – will be moved to the Memorial’s Treloar Conservation Centre in Mitchell.

Memorial heads believe the 20-year-old, multi-million-dollar exhibition space has had its time – too small to cope with 900,000 more visitors each year, to tell stories of modern conflicts, to display planes and tanks. Anzac Hall could soon be demolished, replaced with a building twice the size at a cost of almost $500 million.

“Replacing Anzac Hall will increase the space available to honour Australian servicemen and servicewomen involved in modern conflicts and operations, which is the best outcome for the Memorial’s future,” Memorial director Matt Anderson said earlier this month.

But there has also been heated opposition to the project (including from the Australian Institute of Architects, the Australian Heritage Council, and Greens MPs). Now one group claims the Memorial has resorted to subterfuge to push the project through; they are concerned that an application for early works includes the demolition of the Hall, which they say makes approval of the scheme redundant.

“We think it’s a three-card trick to get the thing underway as quickly as possible,” said Dr David Stephens, spokesperson for the Heritage Guardians, a group opposed to the redevelopment.

The NCA will review the building designs and precinct landscaping; consult Canberra residents about the project; and direct any necessary amendments to the plans, Mr Anderson said earlier. Those who want to save the current building hope the NCA will reject the scheme on environmental and planning grounds.

Knight Frank Town Planning lodged an application with the National Capital Authority on 12 March to approve early works to “adequately prepare”: establishing hoardings around work sites; capping water and gas; and constructing paths and temporary side entrances. But the application also lists the demolition of Anzac Hall, the excavation of Anzac Parade, and cutting down eucalyptus trees.

The Heritage Guardians argue these are not minor works at all. “They’re fundamental to the whole project, and yet they’re trying to sneak them through,” Dr Stephens said. “Once you’ve dug a hole out the front, and demolished Anzac Hall, there’s not much point having any further approvals for the project as a whole because you’ve got it underway already.”

They are concerned that the early works (including the demolition of Anzac Hall) could be approved before the NCA has given its approval to the redevelopment.

The Memorial said no construction or destruction of Anzac Hall would begin before the Memorial received full approval from the NCA.

“The early works application is for NCA approval, and that work would not begin without approval in place,” a Memorial spokesperson said.

An NCA spokesperson stated that the agency assessed all works approval applications (of any nature and scale) against the National Capital Plan (NCP) and other relevant legislation or guidelines.  The NCA will assess the proposal in detail against the NCP.

The NCA has already approved new car parking, asbestos removal, and temporary structures for display, office use, or site compounds as part of the redevelopment.

Dr Stephens believes the Memorial is trying to hurry through the works because it is well behind schedule, having, he said, spent months persuading the Department of Agriculture, Water, and the Environment and the Public Works Committee to agree to the project.

Dr Stephens observed that in 2019, then-Director Brendan Nelson told Senate Estimates “that construction would begin in the last quarter of 2019, starting with the demolition of Anzac Hall, and that this would be rebuilt in 2021”. Dr Stephens claims that the Memorial’s website stated the demolition would begin in October 2020, but has now been revised to show the work as happening in 2021. Last year, Dr Stephens alleged, the Memorial prepared its Statement of Evidence to the Parliamentary Standing Committee on Public Works in February, but submitted it in May.

“That gives an idea of the delays that have accompanied the project, partly because they haven’t done their homework,” Dr Stephens said.

The Memorial said there was no substance to Dr Stephens’s allegations; the early works had been planned since the beginning.