You are here: Home » Articles filed under: 'News' » Article: 'AWM’s Brendan Nelson on stories that heal' 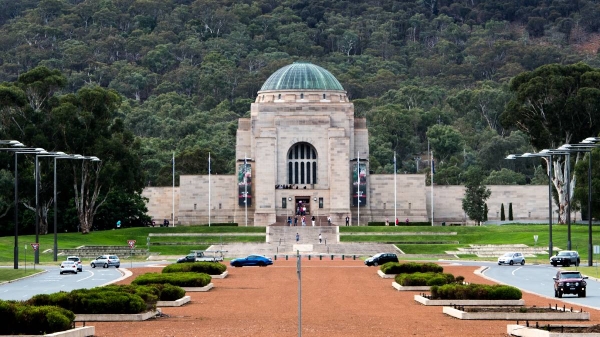 At a cost of more than $20 billion in deployments since 1999, Australia has created 100,000 veterans. All have been changed by their service and a significant minority carry physical and psychological traumas.

One of the contributors to post-traumatic stress is ‘meaninglessness’. If you think that what you did doesn’t count, that it’s not appreciated, known and understood by your nation, and that your people are proud of it, you are more likely to suffer.

The Memorial tells stories of men and women that hurt, and stories that heal. Stories of our heroes must be told as a means of seeking to inspire us to be people who might run into danger for others rather than from it. However, the stories told are overwhelming of love and friendship – love for friends and between friends, love of family and love of our country. These are stories of two million men and women whose lives were devoted not to themselves, but to us – and, in their last moments, to one another.

There’s no triumphalism here, no demeaning of our former foes. Of course, there’s a dark side in all human beings and in the events of history. As Charles Bean wrote of the men and women he lived with at the front for more than four years, “… the good and the bad … the greatness and the smallness of their story.” The qualities we focus on are those of everyday men and women caring for one another in the midst of extreme circumstances, displaying courage in its various forms, determination, endurance and a spirit that binds us as Australians.

To suggest that expanding the Memorial would destroy its character could not be further from the truth. The new galleries will significantly expand Australia’s peacekeeping story and tell what our nation does to prevent war in the first place. Solomon Islands RAMSI, East Timor, Iraq, Afghanistan, Northern Iraq and Syria, a veterans’ art gallery are the key drivers.

We need a larger display for the bombing of Darwin, Catalinas and Coral-Balmoral, but the expansion is predominantly for operations of the past 40 years. There will also be an area for quiet reflection and emotional release and a space for veterans’ organisations to use. 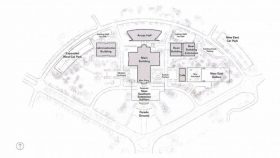 Part of the Australian War Memorial masterplan produced in 2017.

I confronted the Memorial’s need to expand during my first week there in late 2012. Having asked senior staff when there’d be an Afghanistan exhibition, I was told it would be years away because of lack of space. Space that had been used by volunteers assisting the public was appropriated.

At the official opening of Afghanistan: the Australian Story in August 2013, I told the then Prime Minister and Opposition Leader that we would need to invest in more space. There are large objects displayed in the existing galleries and many more that are not. The Gallipoli landing boat, the Lancaster bomber, G for George, the Mosquito, Japanese Zero, Kittyhawk, P51 Mustang, midget submarine, World War I planes, Sydney-Emden guns, and so on, tell the stories of people and are integral to our nation’s story. Moving them in and out of display is a major undertaking, expensive, risky to the objects and would rightly distress veterans, families and descendants.

Few would argue for their removal, yet some seem to have the view that displaying a Bushmaster, ASLAV, CH-47 or large objects salvaged from HMAS Tobruk or HMAS Sydney IV should not be supported. The critics send the message that the younger generation and its stories are less worthy than earlier ones. The other critical point is that the heart of the Memorial is the Commemorative area, Roll of Honour and Hall of Memory with the Tomb of the Unknown Australian Soldier.

Anzac Hall is no longer fit for purpose. To avoid spending tens of millions of dollars going underground beneath it, best value for money is to demolish it and rebuild it – deeper, wider and on two levels taking the exhibition space in it from 4700 square metres to 12,800 square metres.

In the late 1990s, architects produced three options for Anzac Hall, two of which were modular allowing for future expansion. The one chosen did not. It cost $11 million. What makes Anzac Hall special is not the building but what’s displayed within it and the stories of men and women.

The new Anzac Hall will have an atrium at its centre allowing visitors to look back to the dome above the tomb, thereby linking it to the heart of the Memorial.

For the Centenary of World War I commemorations, we received funding to support unprecedented demands. But the Memorial’s operational budget today is more than $7.9 million less than it would have been without cuts delivered through ‘efficiency dividends’ – and $10.2 million less by the end of the forward estimates period. This has meant staffing reductions. We’re currently having to reduce outlays by $2.4 million per year and another $1 million annually from 2021/22.

The Memorial is like no other cultural institution. It was placed at the end of Anzac Parade to remind decision makers of the cost of some of those decisions. It was founded out of the event that most wounded, divided, scarred and ultimately shaped our nation, World War I. We are surrounded by the names of 102,800 Australian dead, and by grieving families and comrades. At the heart of the Memorial is a grave. The impact on staff is such that I have put them through Lifeline’s Accidental Counsellor program. Given what the Memorial means to this nation I would be concerned about those who lack passion for the stories told here.