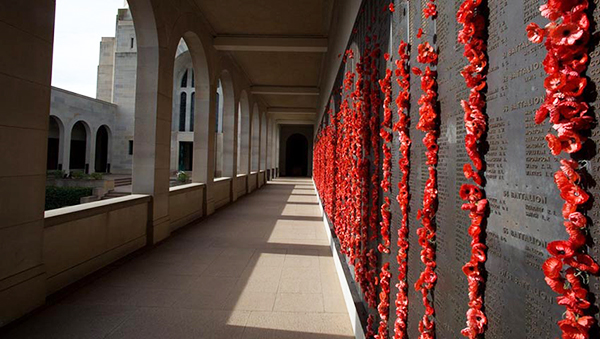 Stephen Kuper, ‘Every nation has its story, this is ours’ – Dr Brendan Nelson, AO, Defence Connect, 22 May 2019

The Australian War Memorial is one of the nation’s most hallowed institutions – a place of reflection upon the heroism, gallantry and honour of Australia’s war dead and a reminder for all Australians of the efforts we must take to prevent the horrors of war.

For director of the Australian War Memorial, Dr Brendan Nelson, AO, the hallowed halls of the tomb of the Unknown Australian soldier, the honour roll identifying each and every Australian casualty of war from the Boer War to Australia’s involvement in Afghanistan and Iraq reflects the sombre role of the shrine and the responsibility of every Australian to prevent the horrors of war.

“What we see in the honour roll is the name of every Australian who has given their life in the service of the nation, no rank, no race, no religion, they are all equal in death – and it is fitting that the memorial sits directly opposite the Parliament to remind the decision makers of the impact and seriousness of their decisions,” Dr Nelson told Defence Connect.

Established following the ‘War to end all Wars’ under the oversight of Australia’s official World War I historian, Charles Bean, who conceived the idea of a memorial to Australian soldiers during his exposure to the horrors of Western Front and the battles in France during 1916 – the memorial plays an important part in the national psyche.

Dr Nelson sombrely explained to Defence Connect, “Every nation has its story, this is ours – it is at the War Memorial we reveal our character as a nation – it isn’t about celebrating or glorifying war, the War Memorial is a celebration of life, family, mateship, sacrifice and the birthplace of Australia’s story as a nation.”

The Australian War Memorial is preparing to undergo a period of major refurbishment and modernisation to expand the commemoration of Australia’s service personnel and their stories.

The redevelopment will significantly increase exhibition and public program space. It will include:

There will be an extension to the Bean Building on the eastern side of the precinct to integrate research collections and services, additional exhibition space added to Anzac Hall, and optimisation of exhibition space in the main memorial building. Sensitively connected to the existing landscape, the detailed plans will ensure the original heritage façade remains unchanged.

An important component of the modernisation and expansion will be a focus on recognising the sacrifices of recent generations of Australian veterans from Vietnam, through to East Timor and the Middle East, the importance of which Dr Nelson explained: “In my early days I came across a young soldier who had returned from the Middle East who was visiting with his children, who asked, ‘when will I get to show my kids what I did?’ That hit me and I recognised the importance of telling these stories now and communicating them to the public – it really drew parallels to the Vietnam conflict and perhaps if we had told the Vietnam story earlier those returned service personnel wouldn’t have suffered the way they did.”

In light of this, the new expansion will include a Royal Australian Air Force F-111, a CH-47 Chinook used in Afghanistan and various other vehicles and commemorative items that have been used in Australia’s recent foreign engagements.

“The thing we do best is to use these artefacts to tell the story of others, to tell the story of their courage and honour, regardless of whether the pieces have been used in war, because these vehicles, the equipment is a big part of people’s lives and it often frames the rest of their lives,” Dr Nelson explained.

Australia’s defence industry plays an important part in supporting the War Memorial and its role in telling Australia’s story – with companies including Boeing, BAE Systems, Lockheed Martin, Thales and Leidos all playing an important part in supporting the commemoration of the nation’s sacrifice by sponsoring unique exhibits and experiences throughout the museum and shrine components of the memorial.

“I am really heartened to see from within defence industry a sense of responsibility to support the War Memorial and its efforts to tell the story and to really shed a light on the horrors of war and the efforts we need to go to in order to prevent it – this is particularly relevant because large portions of the workforce is made up of returned service personnel who have an investment in Australia’s story,” Dr Nelson explained.

Dr Nelson commenced as director of the Australian War Memorial on 17 December 2012. Prior to this, he was the Australian ambassador to Belgium, Luxembourg, the European Union and NATO (2010-12).

Apart from overseeing a major transformation in Australia’s relationships with the European Union and NATO, Dr Nelson forged deep links with the communities of Flanders, where almost 14,000 Australians lost their lives during the First World War. He regularly made the trip from Brussels to the Menin Gate Memorial to the ‘missing’ at Ieper, where the names of 6,190 Australians who died in the First World War and have no known grave are listed.

“Any institution needs to remain loyal to the foundations and principles upon which it was founded – that is something that everyone at the Australian War Memorial prides themselves on and it is something that is constantly in the back of our minds,” Dr Nelson said.

The full podcast with Dr Brendan Nelson, AO, director of the Australian War Memorial, will be available shortly. If you would like to help support the work of Dr Nelson and the War Memorial, Defence Connect will be pleased to make introductions – contact us at Stephen.Kuper@momentummedia.com.au or editor@defenceconnect.com.au.