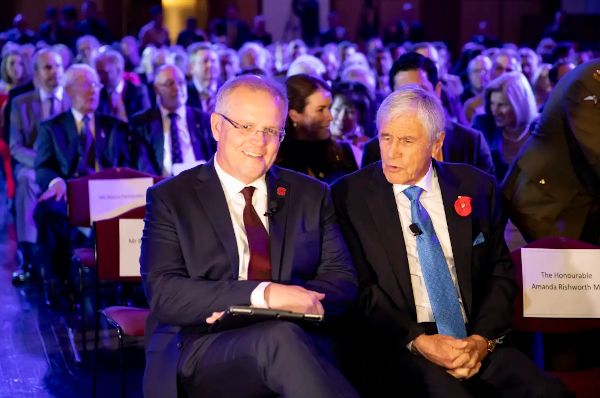 Seven West chairman and Rich Lister Kerry Stokes gave a “personal guarantee” to the federal government that a half billion dollar upgrade to the Australian War Memorial would stay within its controversial budget.
New details of the plan – set to expand the footprint of the Canberra landmark by more than 80 per cent – have been revealed in documents obtained under freedom of information laws.Mr Stokes, the chairman of the War Memorial council, told then prime minister Malcolm Turnbull in August 2018 that the institution would not seek more than $500 million for the planned redevelopment.

That funding was confirmed, with bipartisan support from Labor, after Mr Turnbull’s ouster as prime minister. Scott Morrison launched the project at a November event attended by Victoria Cross recipient Ben Roberts-Smith, and business and cultural leaders.

The new documents were obtained by Heritage Guardians, a community campaign opposed to the expansion, and show Mr Stokes guaranteed a forecast price tag of $498.2 million over a nine-year period.

Outgoing director Brendan Nelson told a budget update meeting that a $7 million underspend would go to other parts of the project.

“[Brendan Nelson] noted that the chairman had given his personal guarantee to the Prime Minister that the Memorial would only seek $500 million.”

A detailed business case for the project was delivered to the federal government on December 21.

Heritage Guardians spokesman David Stephens questioned why a personal guarantee from Mr Stokes was needed, unless there was concerns the budget could be “somewhat rubbery”.

“It’s unclear, though, whether the guarantee bound just Mr Stokes personally or Mr Stokes on behalf of the Memorial Council,” he said.

“As to the processes generally, the committee minutes give the strong impression that the funding of the project and the development of the detailed business case for it ran on separate tracks.

“The Department of Finance rules for such projects, on the other hand, strongly suggest there is a connection between the two processes.”

In February, The Australian Financial Review revealed Mr Stokes donated more than $700,000 to pay for the project’s lavish launch at Parliament House.

An $842,000 contract for a stakeholder function prompted Dr Nelson to confirm Mr Stokes had given permission for his $740,000 donation to be revealed publicly.

The Memorial contributed $34,000 for the event, hosted by Seven television personality Melissa Doyle. 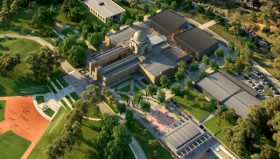 An artist’s impression of the planned $498.7 million redevelopment of the Australian War Memorial. Supplied.

While maintaining the Memorial’s heritage-protected facade facing Parliament House, the expansion will result in a complete redesign of the lower ground floor and a new underground exhibition hall to display large items including helicopters and fighter planes.

Visitors will have access to new research facilities, a live feed of defence operations overseas, reflection areas and an interactive display of cenotaphs and memorials around Australia.

Community opposition continues against the plan, including in the national capital. Critics say the money should instead go to helping veterans.

Dr Nelson, a former defence minister in the Howard government, is due to stand down at the end of the year. A national search for his replacement is under way.