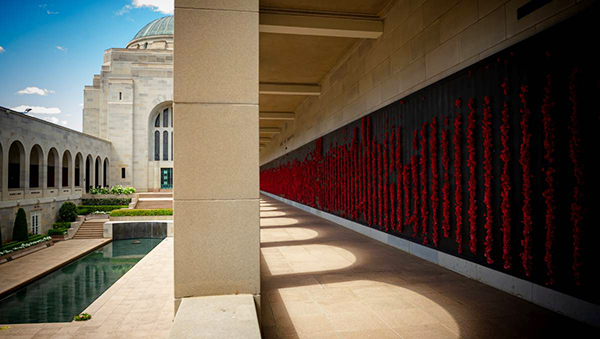 The National Capital Authority has approved the final stage of the $500 million Australian War Memorial redevelopment.

The NCA on Wednesday confirmed that it had approved three packages of work following a public consultation, green-lighting a project that was first announced by Prime Minister Scott Morrison in 2018.

The memorial sought approval for “the development of new and expanded exhibition spaces, expanded research areas and improved access to the site for people of all abilities through new arrival facilities at the southern entrance,” according to a statement from the NCA.

The approval followed community consultation between July 31 and September 10. It found 73 per cent of 587 submissions supported the works.

However, 59 per cent of the 112 submissions from ACT residents did not support the proposal.

“The NCA concluded that the proposed works have been designed in a manner to strengthen the geometry of the Griffins’ Plan, with the alterations strengthening built elements of the site and the Land Axis,” the NCA’s statement said.

“The proposal is an evolution of the AWM which is widely accepted as a successful reinterpretation of the 1918 Griffin Plan.”

“This is a very significant milestone, with the project now securing all necessary approvals to proceed with delivering the new southern entrance, the CEW Bean building extension, and the new Anzac Hall,” he said in a statement.

“The memorial will work with the NCA to comply with conditions noted in their decision.”

“For modern veterans this is also a significant milestone as they are now one step closer to having their stories told in the new galleries.”

Canberrans not behind the redevelopment

Authority chief executive Sally Barnes said on Wednesday she didn’t know why Canberrans opposed the redevelopment but stressed it was not the NCA’s role to deliberate over the costs of redevelopment.

“We didn’t ask for any comments on that because it’s not our business,” Ms Barnes said of the $500 million cost.

She said the NCA deliberations had been focused on planning processes and considered attitudes toward use of materials and harmony between landscape and architecture.

“The people who didn’t support it were still questioning in the main the cost, the militarisation, the fear that it doesn’t reflect Australian values and aspiration,” she told ABC.

“What I do know is that the NCA’s role and remit is to make decisions for the long term in the interest of all Australians … it is about all Australians rather than local people.”

Ms Barnes also said the demolition of Anzac Hall in October was not unusual, with large projects such as this often completed in stages.

“The public had had an insight into what was going in its place … people could see what was going to replace Anzac Hall so with that in mind we agreed to consider that demolition as the early works package,” she said.

The redevelopment proposal has drawn heavy criticism from a number of opponents, including former war memorial directors and defence chiefs along with heritage and environmental advocates.

Early submissions to consultation revealed concentrated backlash against the demolition of Anzac Hall and the planned felling of more than a hundred trees around the grounds.

Auditor-General Grant Hehir in July proposed a probe into the Australian War Memorial’s processes and planning for the project among its list of potential performance audits for the 2021-22 period.

The NCA said, “Matters of cost and need for the redevelopment were addressed previously by the Australian Parliament’s Standing Committee on Public Works and considered and agreed to by elected representatives from across Australia before the Works Approval was submitted to the NCA for consideration.”

“Curatorial matters and the content of displays are not matters for the NCA and were not considered as part of the consultation process.”