This is the full text of a letter that was sent today by Arnold Lehman, former director of the Baltimore Museum, to Maryland’s Attorney General Brian Frosh and Secretary of State John Wobensmith [emphasis is his]. It speaks (eloquently) for itself: 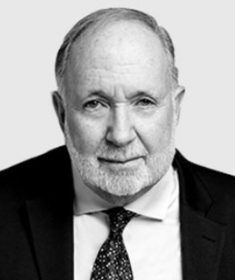 My name is Arnold Lehman and I was the director of the Baltimore Museum of Art from 1979 through 1997. I am writing to oppose the deaccession and sale of three of the most significant and outstanding paintings in the collection of the Baltimore Museum of Art: Clyfford Still’s 1957-G, 1957, acquired by gift,1969;  Brice Marden’s #3, 1987-88, acquired by purchase, 1988;  and Andy Warhol’s The Last Supper, 1986, acquired by purchase, 1989. These three works are central to the museum’s collection and to the cultural patrimony of the State of Maryland, as they represent the monumental achievement of three of the world’s most important 20th-century artists. While the Clyfford Still painting was a gift to the museum in 1969, I was personally active in the acquisition of the Brice Marden and, in particular, Andy Warhol’s The Last Supper.

I join with the many other residents of Maryland and collectors and admirers of these three works from around the nation in asking you to stop the forthcoming auction of the Clyfford Still and Brice Marden paintings at Sotheby’s in New York on Oct. 28, 2020, as well as the private sale, also by Sotheby’s, of the Andy Warhol. If that private sale has already occurred, I ask that you invalidate it. I am concerned that time is running out.

Contrary to the suggestion that, I believe, was offered to Baltimore’s Board of Trustees that these three paintings were unremarkable and dispensable from the museum’s collection, making them perfect deaccession candidates, the opposite is true. The magnificent Clyfford Still painting is the only work by this Maryland-based artist in the museum’s collection, and a gift of the artist himself. I know the artist’s work very well and spent several years after the artist’s death personally negotiating with Mrs. Still to bring scores of exceptional works, then owned by Mrs. Still, to the Baltimore Museum or to the city of Baltimore as a permanent collection. I, regrettably, was unsuccessful and, as such, I believe the Baltimore Museum’s painting — the only painting by Clyfford Still owned by the museum – is, in fact, the only painting by Still in any public institution in Maryland. The major painting by Brice Marden is, again, the only painting by the artist in the museum’s collection. While the museum owns a number of works on paper by Marden, the fragility of works on paper prohibits them from being on long-term view. Therefore, without the painting, museum visitors would be denied seeing an exceedingly important work by this great painter – a painting that could remain on long-term view unlike works on paper.

Finally, I vividly remember the internationally respected art dealer, Leo Castelli, on the day after I had bid on and won at auction the Warhol, The Last Supper, for the Baltimore Museum, saying to me “Congratulations, Arnold, you bought a masterpiece for Baltimore!” Indeed, while the Baltimore Museum’s collection includes approximately ten other Warhol paintings (I do not know the current exact number as one or more works by Warhol were deaccessioned by the museum two years ago), The Last Supper is unparalleled in the collection in its power and significance. It is important to understand the concept behind the Baltimore Museum’s acquisition of these Warhol paintings. Just as the Baltimore Museum is a magnet for those visitors from all over the country and the world who wish to see the richness of the Matisse paintings in the Cone Collection, our goal was the creation of a similar visitor destination in Baltimore to see an extraordinary group of paintings of Andy Warhol, one of the two or three most important artists of the second half of the twentieth century. The sale of The Last Supper would remove the crown from the collection.

I want to make it clear that I am supportive of the program changes being proposed at the Baltimore Museum of Art.  I have spent decades of my career supporting change in the museum world and in the museum profession. Particularly in the arena of supporting African American artists, other artists of color, and women artists through acquisitions, exhibitions and programming, I believe I would be acknowledged as one of a handful of current or former museum directors who have been leading and successful advocates of diversity, inclusion and access within museums. I am also supportive of paying employees a living wage. However, I am opposed to the manner in which the museum is attempting to reach these goals and the need to cannibalize the heart of the collection. The Association of Art Museum Directors relaxed its standards for deaccessioning for two years to assist member institutions who are in dire economic circumstances due to Covid-19, a condition that the Baltimore Museum claims is not their situation nor the reason behind their attempt to raise $73 million. Indeed, from what I understand, there has been no attempt made to raise these funds the old-fashioned way – the hard work of a fund-raising campaign. The fiduciary responsibility of a museum’s board of trustees is not to use its institution’s collection as an ATM, but rather to search out all other means to secure the future, including important changing social dynamics, while protecting the collection. It has been said many times, over many years of distress and discomfort, but it is important to reiterate that a museum serves to support its collection; the collection does not serve to support the museum.

I might also point out, again in terms of the Baltimore Museum’s trustee fiduciary responsibility, that the on-going accepted standards for museum deaccessioning do not seem to have been followed. It appears that only Sotheby’s was asked to participate in this deaccession process. The other two major auction houses were not contacted and, therefore, no competitive valuations were offered from which the museum’s trustees could evaluate the situation and make a more informed decision. Indeed, of the three works to be deaccessioned, the most valuable of the three, Warhol’s The Last Supper 1986, was not to be publicly auctioned, but sold privately with no transparency. Public sale for museum deaccessions has always been the preferred decision made by museums as it, again, provides the most transparency for the public.

In terms of my own transparency, since leaving the Brooklyn Museum in 2015, I have been a Senior Advisor at Phillips. However, my role there is in public programming and exhibition planning. My two most recent exhibitions were American African American (London and New York) and NOMEN: American Women Artists from 1945 to Now (New York).

In summary, I have been a museum director for over four decades. I have served both as president of the Association of Art Museum Directors and as chair of the Cultural Institutions Group of New York City (representing 33 major institutions, from the Metropolitan Museum of Art to the Brooklyn Academy of Music to the Bronx Zoo). I cannot remain silent when I see an institution that I love, in a community that I loved, about to make a devastating mistake for its present and its future. As the State of Maryland both supports and benefits from the Baltimore Museum of Art, one of the State’s greatest cultural treasures, I believe it is incumbent upon the State to stop the deaccession and sale of these three paintings so that the people of Maryland and visitors to the State will be able to continue to enjoy having the visual and educational statements made by these three great works of art now and for the future.

Positions Vacant » View All
» Training Officer – Sydney Living Museums
» Head of Digital Engagement & Insight – ANMM
Latest News » View All
NAA’s national collections on brink
& Australia’s history at risk Read more.
Frog love songs reveal amphibian decline
AM & Frog ID explore habitat modification Read more.
QM explains mystery: ‘Giant moth invasion’
of Mt Cotton State School's surprise visitor Read more.
ANMM Haenyeo (sea women) exhibition
Hyungsun Kim's S Korean divers portraits Read more.
Social Media Benchmarking: Evaluation
in action at the Cleveland Museum of Art Read more.
Top +
Council of Australasian Museum Directors, c/o Ms Daryl Karp, Museum of Australian Democracy at Old Parliament House PO Box 3934 Manuka, Australian Capital Territory 2603 Australia, © CAMD 2021
Copyright: All information and resources provided on this website remain the copyright of the Council of Australasian Museum Directors. Permission is granted for viewing and downloading for personal and not for profit purposes. Those wishing to reproduce any materials for commercial, educational or other uses are requested to contact us.
Disclaimer: The content of this website is provided for information purposes only and is not intended as a substitute for professional advice. No claim is made as to the accuracy or authenticity of the content of the website. The Council of Australasian Museum Directors does not accept any liability to any person for the information or advice (or the use of such information or advice) which is provided on this website. The information on our website is provided on the basis that all persons accessing the site undertake responsibility for assessing the relevance and accuracy of its content. No responsibility is taken for any information or services which may appear on any linked web sites. Hostgator.
.