You are here: Home » Articles filed under: 'News' » Article: 'Bashing the humanities'

June 25th, 2020 | Browse other: News. | Tagged with: Bashing the humanities is a recipe for a dumb nation, humanities are at the heart of all learning, pursuing knowledge for its own sake | 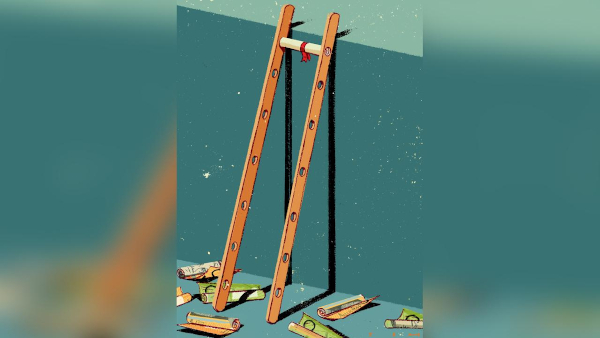 Nicholas Whitlam, Bashing the humanities is a recipe for a dumb nation, The Age, 21 June 2020

Punishing students who wish to study the humanities will not change their preferences and lead them to study “job relevant” courses such as health, education and science. Raising the prices for these courses simply will drive some students away from university studies, leaving the classic bachelor of arts for the more affluent.

The pandemic and the federal government’s China policy have brought on a crisis for university education. The epidemic will pass, as may Sinophobia. The attack on universities, however, which is what the new pricing policy is all about, must not go unchallenged. It is ignorant and unwise, and it will make us a less intelligent nation.

I am sorry to say that it all started with the Hawke-Dawkins “reforms” of the 1980s. Colleges of advanced education were forced to become universities or amalgamate with universities; it can be argued that the universities became CAEs. We would be better off with two broad university streams — a predominantly technology-based one covering the waterfront from TAFE to science, technology, engineering and maths degrees, and another predominantly based on the liberal arts where universities differentiate themselves by seeking excellence in various areas of learning. Both streams could provide postgraduate education; think Massachusetts Institute of Technology and Harvard.

Why do all our universities aspire to having a medical school, a law school and a business school? (Princeton has none of them, but it does have the world-famous Institute for Advanced Study.) Often this is because they are good for business, ostensibly giving them some sort of prestige that they hope will resonate with overseas students. Of course universities have to make ends meet, but they should not be businesses; too often — in Australia, at least — they have become so.

There is a profound case for pursuing knowledge for its own sake. The humanities are at the heart of all learning: language, literature, philosophy, religion, art, music, ­psychology. These are the things that distinguish us from beasts. The social sciences — economics, ­geography, history, sociology and so on — make the world go around. And the natural sciences (physics, chemistry, astronomy) deal with the physical world. All these disciplines are interdependent. Together they are the liberal arts, and we must ­defend them all — across the board.

Teachers make a difference. Books are rarely sufficient. We learn better with a teacher’s intermediation. Not everyone has the benefit of sitting at the feet of a Socrates, but we all remember a great teacher from school or university. They should be rewarded for being better teachers; we all know who they are, yet often teachers are paid as if they were equally talented and equally effective. It is a reasonable criticism of most of our universities that they undervalue teaching. I assert that this would be partly rectified by a greater emphasis on the liberal arts, not their de-emphasis. Good teachers encourage questions. Good students learn to think, to analyse; they question their teachers; they inquire, and they acquire knowledge. It is undeniable that a good education system produces an intelligent society, better citizens and a better society.

Statistics do not support the government’s proposition that humanities courses are not “job relevant”. To the contrary, arts graduates earn higher salaries and obtain jobs more readily than science graduates. (The best merchant banker I came across was an anthropologist by training.) If we want more science graduates, and we do, if we want more teachers and nurses, and we do, we need to supply the tertiary places for them and have an industry policy that leads to their employment. Bashing the arts and humanities will not achieve this.

Pricing is at the heart of the problem, and the government’s proposals will not help. It all started with the Higher Education Contribution Scheme. Free university tuition ­encouraged enrolments from the less well off. Everyone knows of people, usually women, who would not have gone to university were it not for that free tuition. (And don’t forget that TAFE, too, became free in 1974.)

Clearly there are limits to every government’s budget. Priorities need to be set. Tuition prices should not be the determinant, however, of what one studies. By all means limit the supply of places if the education budget can be better spent elsewhere; that, and providing financial incentives for those who cannot ­afford a place, is where dirigisme is justified. “Able students should not be priced out of a university education” and, subject to a degree of ­affirmative action, places should be “filled by students on the basis of academic capacity instead of ­financial capacity” (Gough Whitlam, 1972).

The Hebrew Bible tells us the Israel­ites fought the Philistines because they were “others”, uncir­cumcised pork eaters; it portrayed them as crude and warlike, which they were. To be a Philistine came to mean someone who is driven by materialism, people who are contemptuous of intellectual or artistic values. Is that what we want for Australia? Do we really disdain the humanities and the social sciences? Does this government want us to be the new Philistines? RH Tawney once opined: “It is not sufficient for the conservatives that their children should have a good education.” Is it still the case, as Tawney asserted, that they want more, that “other children should have a worse one”?